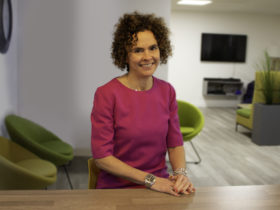 Business confidence in Wales fell 10 points during January to 26%, the lowest of any region or nation in the UK, according to the latest Business Barometer from Lloyds Bank.

Companies in Wales reported lower confidence in their own business prospects month-on-month, down 23 points to 24%.  When taken alongside their optimism in the economy generally, up three points to 27%, this gives a headline confidence reading of 26%.

A net balance of 12% of businesses in Wales expect to increase staff levels over the next year, down 17 points on last month and the lowest reading of all UK regions and nations.

Overall UK business confidence remained steady in January, dropping just one point from December’s reading of 40% to 39%. Firms remained positive about their future trading prospects, despite a two-point dip month-on-month to 41%, and were optimistic about the economy overall, reporting a reading of 38%, up one point on December’s result. The net balance of businesses planning to create new jobs in the next twelve months decreased marginally by four points to 29%.

Amanda Dorel, regional director for Wales at Lloyds Bank Commercial Banking, said: “The approach taken in managing lockdown restrictions in Wales hasn’t been without challenges for firms, some of which will have contended with reduced capacity for longer than they’d have hoped for.

“The latest easing of restrictions will provide a much-needed boost to the country’s businesses and enable them to look ahead with more optimism. We will remain by the side of firms, providing the support and guidance they need to successfully navigate a full recovery.”

Industry sector performance was mixed during January with confidence among manufacturers increasing by three points to 43%, reaching its highest level for three months due to an easing of supply chain pressures. Retail confidence also rose (up one point to 44%) while confidence among firms in IT/communications remains particularly strong at 72%.

The impact of Omicron over the festive period meant the service sector extended its recent run of modest decreases in January, dropping one point to 38%. Positively, hospitality has recovered some of December’s decline, rising from 6% to 38%.

“A larger decline in confidence was potentially prevented by the reduction in Covid infection rates from early January and the prospects of the easing of restrictions across the UK.

“However, businesses remain cautious about the pandemic and are facing into challenges from rising cost pressures although many are raising their prices in response.”