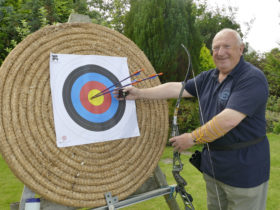 Billed as a blockbuster, the Dayinsure Wales Rally GB, which begins on Thursday and ends on Sunday, really has it all: a dramatic opening night under the floodlights, challenging new speed tests in the legendary Welsh forests and a stunning finale with cars racing through the closed streets of Llandudno.

[aoa id=”1″]Then there’s the added excitement of thrilling three-way title fights for both Drivers’ and Manufacturers’ WRC Championships as well as a local Welshman – Elfyn Evans – gunning for back-to-back GB victories after his 2017 success. It all adds up to an absolutely unmissable sporting spectacle.[/aoa]

More than 150 competitors will be based in the Deeside Rally Village with those contesting round 11 of this year’s 13 round FIA World Rally Championship facing 23 speed tests totalling nearly 200 miles (312kms) spread over four days of epic high-speed action.

The introduction of an awesome new generation of turbocharged, four-wheel-drive cars attracted record crowds to last year’s event and, as a result, an even more fan-friendly route has been devised for 2018.

It all blasts off under the lights at the Tir Prince Raceway on Thursday evening and concludes with the history-making Great Orme Llandudno Street Stage on Sunday morning – the first time World Championship motor sport has ever been seen on closed roads in Great Britain.

“There really is something for everyone,” enthuses Ben Taylor, managing director of Dayinsure Wales Rally GB. “We have an unsurpassed breed of stunning cars, the most exciting title race in memory, a local hero in Elfyn Evans, all the classic stages in the Welsh forests plus an amazing finish on the streets of Llandudno – it adds up to an incredible four days of epic entertainment. Even the weather seems to be set fair!”

The Welsh Government’s Minister for Culture, Tourism and Sport, Lord Elis-Thomas, is equally excited. He says:

“North Wales is very familiar with adventure and for a weekend in October – Wales Rally GB becomes part of the family and adds to the adrenaline and excitement.

“Wales is home to some of the world’s most legendary rally stages – and this year’s route is a showcase of our fantastic Welsh scenery – with a spectacular finish along the coast during the Year of the Sea. We look forward to another successful event as some of the sport’s legendary drivers take on the challenges of the Wales Rally GB.”

Tickets are still on sale with the option of buying online or on the gate subject to availability. Those buying in advance online can take advantage of significantly discounted tickets. When purchased now, adult admission starts at just £15 for the Thursday evening curtain-raiser at Tir Prince Raceway with the premium four-day event pass remaining at £99 for the ninth successive year.

Day passes in advance for Friday and Saturday cost £28 with Sunday’s Day Pass priced even more attractively at £23. These passes not only give access to all speed tests on that day but also include all booking fees, a copy of the official programme (cover price £9) plus car parking on a ‘first come, first-served’ basis.