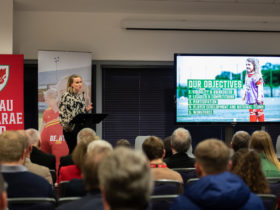 Wales will travel to the Rotterdam for their final preparation match before EURO 2020 against the Netherlands.

This will be Ryan Giggs’ last opportunity to test his players before they fly to Baku for the final tournament.

Both teams played each other in the run up to EURO 2016, during a friendly match in November 2015 at the Cardiff City Stadium. Joe Ledley and Emyr Huws were on the scoresheet in a narrow 3-2 defeat, where Robben’s second goal in the 81st minute proved the difference.

Ryan Giggs will hope for a similarly contested match in June, one week before Cymru’s opening EURO 2020 group match against Switzerland.

Ticketing details for this match will be available in due course on faw.cymru.