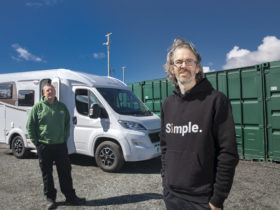 Flapjacks with a Welsh twist made by North Wales bakery, Siwgr a Sbeis are now available to buy across the country after being listed by the Co-op.

Siwgr a Sbeis’ six-pack of Bara Brith Flapjacks can be found in 33 of the Co-op stores throughout Wales – the first time the bakery has been listed year-round by a multiple retailer.

Owners Rhian Owen and Rhian Williams met at school in the Vale of Clwyd and have turned their shared passion for cooking into an award-winning bakery business.

Rhian Owen said, “We are thrilled that our Bara Brith Flapjacks are available for people to buy and enjoy across Wales. Being listed in over 30 Co-op stores is fantastic news and a testament to the skill and dedication of our team at Siwgr a Sbeis.

“We’ve been supplying the Co-op with our Christmas range for a few of years, and they stocked our Bara Brith Flapjacks for St David’s Day. But this is the first time we have had an all-year-round order from a multiple retailer.”

“The Bara Brith Flapjacks can be found in Co-op stores across Wales, including Amlwch, Brecon, Whitland, and Porthcawl.”

All the bakes are made using traditional methods and stocked by a host of hotels, restaurants, cafes, and convenience stores.

Siwgr a Sbeis have been creating and baking for over 30 years, beginning with a small shop in Llanrwst.

It wasn’t long before more space was needed to prepare the bakery’s increasingly popular cakes, bakes and desserts, so they moved to a nearby converted farm building.

While steadily expanding its operation, the business has stayed true to its Llanrwst roots, and the bakery is now located in a 5,000sq ft, purpose-built and Salsa approved premises on the edge of town.

The 15 full-time staff make Siwgr a Sbeis’ mouth-watering bakes and desserts – many of which have reaped countless national awards, among them the Bara Brith Flapjacks which were awarded a gold star by judges at the Great Taste Awards.

Continually devising new recipes, the bakery has enjoyed several notable highlights over the past three decades. These include supplying Harrods with almond meringue mince pies, sending luxury Christmas puddings to Australia, and creating a cake for a wedding in France.

Keen to use as many Welsh ingredients as possible, the business has forged links with several well-known producers. Among them are Cwt Caws, Halen Môn, Caws Cenarth, South Caernarfon Creameries, Welsh Lady Preserves, Aberfalls Gin, Toffoc, and Llaeth y Llan.

Said Rhian, “We make original-style flapjacks, and we often produce new varieties such as blackcurrant and apricot and walnut. But, we decided to create a Bara Brith Flapjack because it is different and has a distinct Welsh flavour.

“They come in packs of six squares which is great for sharing but this also makes them an ideal gift or souvenir of a visit to Wales. They are also available in singles which are great for picnics, lunch or Food to Go.”

A member of the Food & Drink Wales Fine Food Cluster, Siwgr a Sbeis’ listing with the Co-op follows an introduction through the Welsh Government’s trade development programme.

Lesley Griffiths, the Minister for Rural Affairs and North Wales, and Trefnydd, said: “This is excellent news for a North Wales business that has gone from strength to strength over the past 30 years. I am delighted that Siwgr a Sbeis’ engagement with the Welsh Government’s Trade Development Programme has resulted in this new venture with the Co-op.”

Kevin Buchan, Co-op, Local Sourcing Buyer, said, “Co-op is all about connecting communities, making a difference and creating value locally and so we are delighted that there has now been an opportunity to deepen our relationship with Siwgr a Sbeis and showcase their traditional 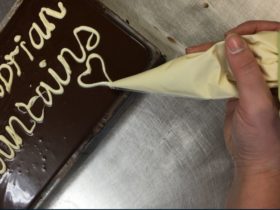 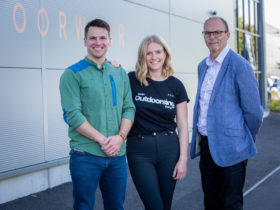 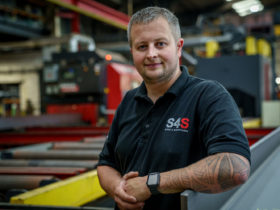 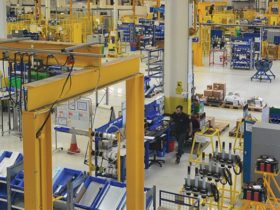