A new, national touring exhibition, which shows how shared processes, skills and values associated with creative making contribute to thriving commons neighbourhoods, is set to be launched in Newtown when galleries are allowed to reopen.

This thought-provoking Craftspace exhibition will run at the Oriel Davies Gallery, Newtown until June 26. In the meantime, plans are underway to provide a virtual tour of the exhibition via the Craftspace website www.craftspace.co.uk.

The exhibition highlights ‘acts of commoning’ which are shaping the way communities work together to share and steward commonly owned assets and resources.

Through 16 loans and new commissions, artists will bring attention to the issues, contribute their thought leadership and participate in a call to action. These artists provide a powerful commentary on what society stands to gain from acting to protect and reclaim our global commons.

Featuring both UK based and international artists, the exhibition reflects a commons-based shift in thinking from ‘you’re on your own’ to ‘we’re in this together.’ It will investigate how creativity, making and materials can highlight how acts of commoning are creating thriving communities.

“In a time of extreme disruption from COVID-19, this exhibition provides a mutual resource to find and process meaning out of trauma and loss, to aid recovery,” said Deirdre Figueiredo MBE, director of Craftspace.

“Lockdown has seen a surge in purchase of craft equipment and materials. People have turned to age-old craft skills and making to get by, boost their resilience and engage in acts of collective creativity.

“Increasing privatisation in cities has eroded the commons and local authorities are hard pressed to steward commonly owned spaces and assets. Now more than ever we need commons thinking to rebalance our ways of being, living, working and imagining a more collectively-made and owned future.”

Collectively made textiles from the Embroidered Digital Commons, co-ordinated by Ele Carpenter, considers the internet as a shared resource, whilst Lise Bjørne Linnert and Gelawesh Waledkhani investigate ideas of mobile commons with undocumented migrants in Norway.

Sharing resources and ideas, including food production, are explored by Rachael Colley and Jacky Oliver. Linda Brothwell has created a new iteration of her project ‘Acts of Care: Bench Repair’ through repairing benches for public places with beautiful wooden inlays.

Deirdre Nelson maps local acts of commoning around the streets where she lives in Glasgow.

Shane Waltener is making scaffold structures from locally sourced willow, bramble and handmade nettle and flax twine. They are a physical and metaphorical means of thinking through shared resources, issues relating to enclosure and rights of access. He draws attention to craft skills and nature itself, as forms of commons.

“I am creating a performance installation as ‘a symbolic act of repair’, one that prompts us to rethink our connections between land and materials, making a connection between the urban and the rural, learning from nature and landscape and in doing so, rewrite narratives and imaginaries relating to all of the above,” said Shane.

Claudia Rodríguez and Ana Joaquina Ramírez collaborated, supported and supervised by Rosina Santana Castellón, to bring different communities together with a focus on the polluted Santiago river affecting cities and agriculture, in Guadalajara, Mexico.

The polluted water had caused cases of cancer in poor neighbourhoods next to it. This had caused division and suspicion in the community. Nets Project activated the whole community in protest and resulted in a monumental collective weave woven by urbanites and villagers.

The project empowered and engaged many and successfully built bridges among them to create awareness of their rights and a stronger resistance.

Also on show, three artists have worked in response to or co-created with communities in three UK place-based and socially engaged residencies in Birmingham, St Helens and Newtown.

‘We are Commoners’ will tour the UK until September next year. The exhibition will be free to visit. 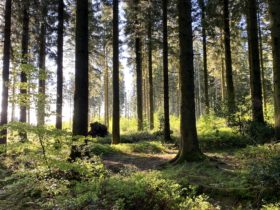 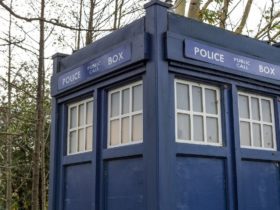 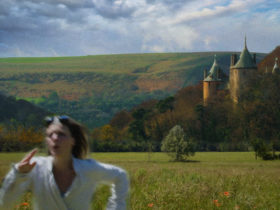