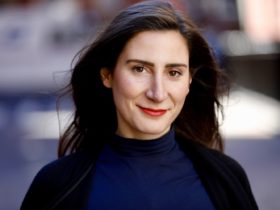 A female entrepreneur from Carmarthenshire has launched a new venture with the intention of revolutionising the way in which sportswear is provided for grassroots and amateur teams through to professional organisations, including the military, across the UK.

Tarw Sports offers a one-stop solution for branded sportswear, offering sports teams and military teams of any level the ability to purchase quality products backed up by great customer service and an easy-to-use online portal including a free club shop.

The key values of Tarw Sports focus on the inner power of the individual from both a physical and mental sense. Tarw is the Welsh word for bull, chosen to promote a strong-willed and passionate philosophy that is signified in its branding. The objective of the company is to instil in its customers that the Tarw brand is synonymous with embodying inner strength and determination.

Tarw Sports has been launched by Angela Windsor, the founder of Print Inc, a specialist in print and embroidered clothing, a former owner of award-winning AVA Dancewear and a winner of several business awards including a Women in Business Award, for New Business of the Year.

Tarw Sports has also recruited two brand ambassadors during its launch phase. The first is former Wales and British Lions superstar and mental health advocator, James Hook, who has his own specific ‘Hook’ clothing range in collaboration with Tarw Sports. James Hook is also an ambassador for the mental health charity, Mind.

The second is Gary Howells, a local sports therapist, ultra-endurance runner, strength and conditioning coach who will be completing his 100thmarathon this year. Howells is also the owner of Peak Performance Wales, a sports performance company that aids with coaching, nutrition, dynamics, analysis and therapies.

Both James Hook and Gary Howells epitomise Tarw Sports ethos of physical and mental strength and participating at the highest level possible in their given sports.

The business, based in Cross Hands, Carmarthenshire, will complement the offering of Print Inc, which specialises more in branding and embroidery. Some of its biggest clients include the Welsh Guards and the Household Cavalry. Its official charity is ABF The Soldiers Charity and it donates a percentage of its profits to the charity along with being part of fundraising events annually.

“I am excited to be an ambassador for Wales’ newest sports brand, Tarw Sports. The brand focuses on nurturing both physical and mental health and channeling the inner strength of the individual, values which sit close to my own. I am extremely proud of the launch of forward the James Hook range and supporting the team on their journey.”

“I am hugely excited by this new venture, which has been born out of demand and a gap in the market for quality sportswear that sports teams across the UK can rely on. We have already seen great interest in the business and it’s fantastic to have both James Hook and Gary Howells on board. I am excited about building the business and ethos of the brand while also working closely with the armed forces who we have chosen to support as our official charitable partner.” 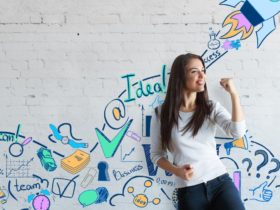