Welsh fishermen to share their true-life experiences in new film 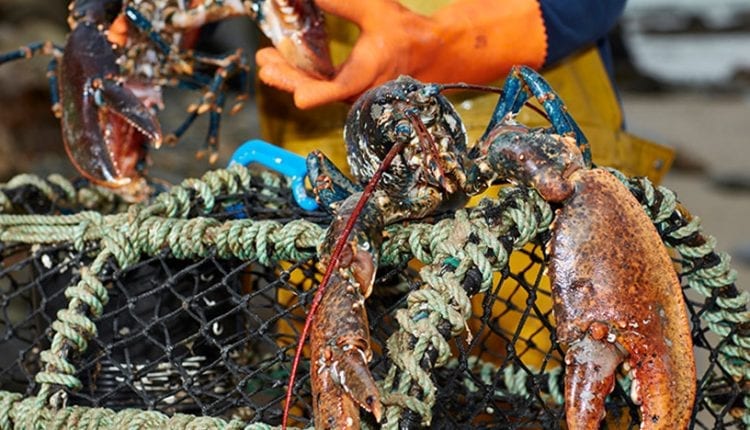 A film showing the true-life experiences of Welsh fishermen will have its premiere in North and South Wales later this month.

‘Meet the Fishermen’ introduces a handful of Welsh fishermen and explores their contribution to the Welsh seafood economy – past and present.

The short film aims to present a candid account, from the fishermen’s perspective, of an industry and way of life which many feel is under pressure.

Currently, there are 450 registered vessels, of which 380 are small boats under 10 metres long. Some launch from ports and harbours, others from beaches and rugged slipways – each with their challenges and opportunities.

Fishermen featured in the film include Dean Parry from Aberystwyth, whose family have been involved in the fishing industry for 150 years – as fishermen and fishmongers – but who fears he may be the last in that illustrious line.

His catch predominantly goes abroad, mainly to Europe, but increasingly to Asia.

“I fish for that one day a year when you leave the harbour at 7am in the morning, the sea is like glass and there is no better job.”

Nigel Sanders fell in love with sea angling as a boy, and fishes for whelks out of Swansea. Whelk fishing he says, is a very difficult form of fishing. “Its very labour intensive, and physically demanding.”

He tells of the challenges faced by fishing in the Bristol Channel – which has the second highest tidal range in the world – as well as those of the marketplace. But he says,“Fishing is my life, and always has been.”

Lobster fisherman, Brett Garner, has been fishing for lobster and crab out of Hell’s Mouth on the LlŷnPeninsula for 30 years – but times are getting tougher. “We’re just working harder an harder to make less and less money,” he says. “I think we are getting close to being the last generation.”

Trevor Jones is a director at Bangor Mussel Producers, and operates on the Menai Strait out of Port Penrhyn with the majority of their mussel production going to the Continent – in particular, northern France. Aquaculture of this type has been going on in the area since Roman times, and the Menai Strait is geographically the best place in Britain to grow mussels.

“Fishing and aquaculture in Wales has never had the profile it deserves,” he says, “We as an industry have the potential to realise a vibrant and sustainable future.”

“The film is an introduction to the lives of Welsh fishermen,” says Carol Evans of the Welsh Fisherman’s Association, which is currently running an awareness campaign entitled ‘Sea Our Future – Support Welsh Fishermen’.

“If our small scale, mainly inshore, fishing fleet is to survive we must together try to re-introduce our fishing and aquaculture sectors to the general public appealing to them for support for what is after all one of Wales’ primary food producers restoring the general perception of the sea with fishing and food production.”

‘Meet the Fishermen’ has been commissioned by the by the Welsh Seafood Cluster programme. Free to join, the Cluster is available to all seafood businesses operating in Wales and provides training and support for the whole sector – from fishermen, fishmongers, to merchants, aquaculture, and hand gatherers.

The film will be screened on February 20th at Catch 22 Brasserie in Valley on Anglesey, and at Fisherman’s Rest in Cardigan on February 21st. Both viewings are set to begin at 6.30pm.

The free screenings will include a seafood buffet and the opportunity to network with businesses from across the Welsh seafood and aquaculture sector, as well as industry experts and government representatives.