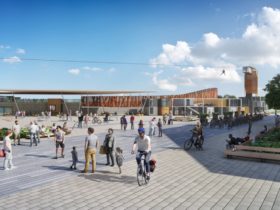 Plans for velodrome at Cardiff’s International Sports Village on track

Esports Wales has announced a new Welsh Masters tournament, the purpose of which would be to hunt down the best players in the country. The tournament winners would get themselves a spot in the 2022 commonwealth esports championships this summer.

It’s going to be an interesting tournament as Wales has become famous for its esports talent. Tadpole, Callum, Vedius, are just some of the Welshmen who have made a name for themselves in the esports universe.

Esports Wales is looking for rising stars who could outshine those guys. Welsh Masters is going to be the tournament that will decide which players are going to represent the country in the following disciplines:

Some of these competitions have already started (Rocket League, eFootball), while for others, everyone still has the opportunity to apply.

Booking the Ticket to 2022 WE Championships and Commonwealth Games

The fact is that the popularity of esports has skyrocketed over the last couple of years. One piece of evidence is that the esports betting market is estimated to be around $66 billion in 2022.

Further, there’s a study suggesting that there are nearly 600 million people worldwide who take part in esports tournaments (either professional or amateur) on a regular basis. Knowing all this, it’s no surprise that major sports organizations have decided to jump on the esports bandwagon.

One of those is the Commonwealth Games, which will include an esports championship in its 2022 event. The Commonwealth Esports Championships will take place at the International Convention Centre in Birmingham, UK, on August 6-7, 2022.

Wales will have their representatives in the event, with the team captain being John Jackson a.k.a. SlayerJohn, the CEO of Esports Wales.

Jackson is the man tasked with picking the national team of esports players who will represent Wales at the 2022 Commonwealth Games. Although he will have the right to choose the players on his own accord, the Esports Wales boss plans to let them battle for a spot in the team in Welsh Masters.