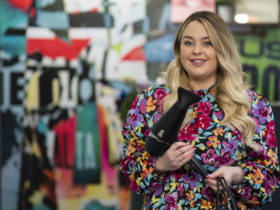 “We are now working very effectively remotely…I think there’s a chance for Wales to grab some of that opportunity from London” is the view of Starling Bank founder and CEO Anne Boden MBE during a Learnings from Leaders: Forging our Tech Future virtual event as part of the first ever Wales Tech Week.

Anne was taking part in a round table, supported by Welsh Government tradeandinvest.wales on the resilience of Wales’ tech sector from the perspective of its leaders – one of over 100 sessions covering a wide range of content from armoured polar bears to manufacturing in space that attracted over 4,000 virtual attendees from 15 countries to the inaugural Wales Tech Week.

Starling Bank is the fastest growing SME bank in the UK, well on their way to lending £1 billion to small businesses, and they created 400 jobs with the opening of their new Cardiff office just before lockdown. Anne said: “This crisis will speed up things that were happening anyway – a move away from cash to cards and a proliferation of digital industries. People no longer want to work in big cities. I think there’s a chance for Wales, for south Wales in the Cardiff and Swansea areas, to grab some of that opportunity from London, traditionally seen as the centre of the FinTech world. And we are playing our part in that in Starling Bank in what we are doing to bring jobs to Cardiff. We can create these industries and run them from Wales, we need to show you can be a tech entrepreneur and be based in Wales.”

Chris Meadows sees exciting times ahead for the compound semiconductor sector, which has experienced strong demand during the crisis: “People will be looking more and more at contactless methods of communication, reliant on compound semiconductors. Wales has a particular advantage over larger countries. We can be agile and move very quickly to collaborate to make sure we grasp the opportunities that are there.”

Thales worked with Welsh Government on the recent establishment of the £20m National Digital Exploitation Centre in Ebbw Vale, a cornerstone of Thales’ cybersecurity capability in the UK. Gareth Williams said: “Last week we were presenting what we did in Ebbw Vale to eight different countries in Asia in a live virtual demo. We can engage Welsh Government to help in some of these countries.” This follows the launch of the new International Strategy by the Minister for International Relations and the Welsh Language, Eluned Morgan MS, at the beginning of the year.

The wide-ranging discussion showed how the relationship between the public and private sectors and academia is fundamental to the strength of the tech ecosystem, and to moving the Welsh economy forward. Chris Meadows: “We’re a small community with greater access to Ministers than other countries. It actually carries a lot of weight and credibility to say that the Government of Wales is behind the tech sector.”

Wales’ tech sector is worth an estimated £8.5bn to the Welsh economy, it is one of the fastest growing digital economies outside London and continues to grow. We are recognised for our highly skilled workforce, world class universities and robust digital infrastructure, with the UK’s first 5G network launched in Cardiff.