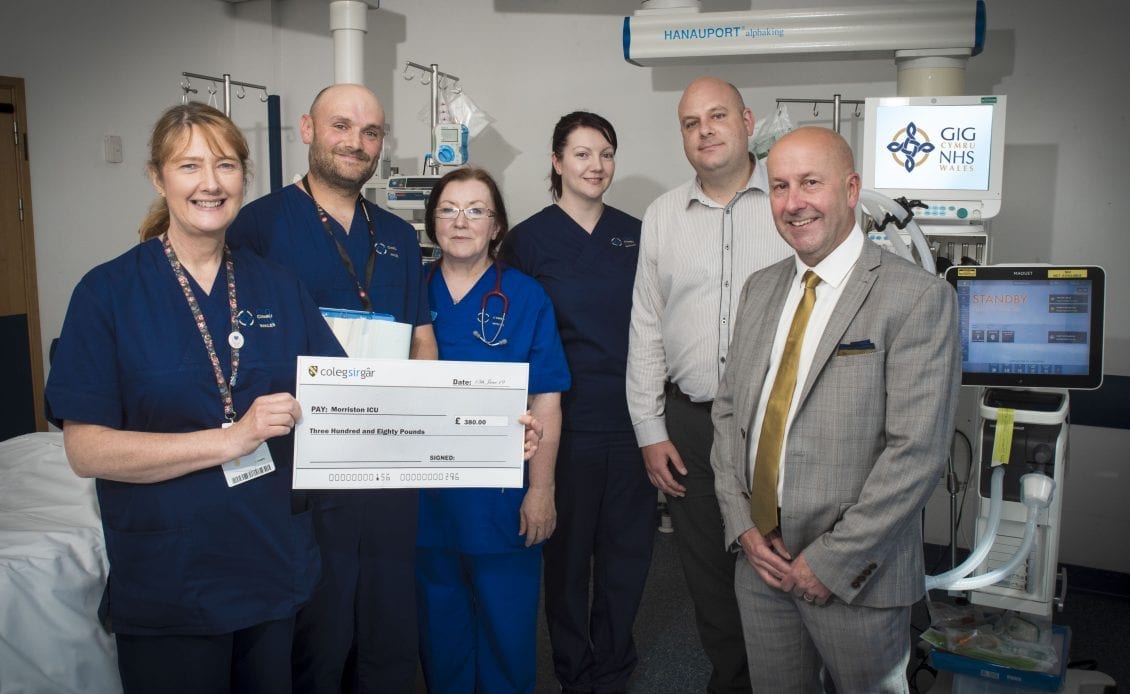 Father raises money for hospital in memory of much-loved son

Mimi Xu, from Sketty in Swansea, has today returned from Wimbledon having been selected as a wildcard choice for the girls’ singles and doubles events at the Junior Championships.

At just 13 years old, Mimi is the youngest Welsh player to ever compete at the prestigious tournament.

Mimi gained international recognition – and the enviable Wildcard selection – by beating the junior world number 48 and 14 at one of the International Tennis Federation-run warm up events in Roehampton. She’d also begun to make a name for herself earlier this year, by winning the U16 Doubles event at the British Junior National Championships.

Introduced to tennis at Swansea Tennis and Squash Club at age 3, and then trained at Swansea Tennis Centre from age 6, wildcard Mimi was eventually knocked out of the Junior Wimbledon Singles in three close sets by 18 year-old Polina Kudermetova, the World #6.

The young Welsh player also made it through to the 2nd round of the Doubles event with 18-year-old British player Kylie Bilchev: after winning their first match, the pair were beaten by US players Reese Brantmeier and Elvina Kalieva, aged 16 and 17 respectively.

Formerly a student at Parkland Primary and Olchfa Secondary schools in Swansea and now attending the LTA National Academy in Loughborough, Mimi regularly plays for Team GB and represents Wales at national and international level.

Mimi said: “Playing at Junior Wimbledon was such an incredible experience, and I’m so grateful to my family and friends and to all of my coaches for their ongoing support.

“I’ve gained so much from my time at the tournament and I’m looking forward to transferring everything I’ve learnt at Junior Wimbledon and applying it to my next international competitions.”

Previously trained by Swansea-based Tennis Wales Performance Coach of the Year, Fran Lewis, Mimi has been dubbed ‘one to watch’ in Welsh tennis as she continues to develop.

Fran Lewis, Performance Coach, said: “‘It was incredibly obvious from a young age that Mimi had something pretty special, her physicality was remarkable and she is so intelligent.

“It’s so nice to see a player from Wales coming through like that and showing that reaching these heights can be done, it gives everyone else belief that they could do the same.”

Mimi’s success at Junior Wimbledon puts her in good stead for future competition victory. In early 2020, Mimi was victorious at Teen Tennis in Bolton – a competition which counts Andy Murray, Justine Henin and Coco Gauff among its past winners.

Chris Lewis, Head of Performance at Tennis Wales, said: “‘Mimi has shown such potential from a very young age, and it is great to see her already challenging some of the world’s top junior players at just 13 years of age.  She has received excellent coaching at different stages of her development and is totally committed to her tennis journey.

“We’re all very proud of her here in Wales and are looking forward to seeing her go from strength to strength.”