Plans for the phased re-opening of the world’s first preserved railway, which celebrates its 70th birthday this year, have been announced following the Welsh Government’s careful relaxation of Covid-19 regulations.

Talyllyn Railway, based at Tywyn on the Mid Wales coast, plans to re-start its daily public train service on Saturday, May 1.

Talyllyn Shop at Wharf Station, which is already open from 10am until 1pm, will resume usual opening hours from 9am until 3pm from Monday, April 26. Hot drinks and cake are available to take away from the shop. The railway’s online shop offers free UK deliveries for orders over £25.

King’s Café at Wharf Station will also open from April 26 with heated undercover outdoor seating and a special menu. The café will then be open from 9am until 3pm daily.

With a resumption of the public train service on May 1, King’s Café will open from 9am until the return of the last train, and the Tea Rooms at Abergynolwyn Station will be open from 10am until 3pm.

Details of the timetable and special Covid safeguarding arrangements are available on the railway’s website – www.talyllyn.co.uk. All bookings must be made in advance through the website.

To ensure social distancing in combatting Covid 19, intending travellers will be booking a compartment exclusive to their group.

The narrow gauge railway opened for goods traffic in 1865 and, shortly after, for passenger services, which have operated every year since between Tywyn and Nant Gwernol, just over seven miles inland.

Operation of the line was taken over by Talyllyn Railway Preservation Society in 1951 when it became the world’s first preserved railway. Primarily run by volunteers, with a small paid staff, the railway is now a major tourist attraction in Mid Wales, contributing significantly to the area’s economy. 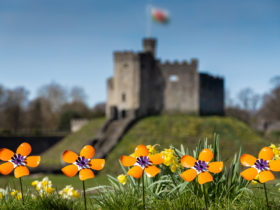 Flower display at Cardiff Castle to celebrate lost loved ones 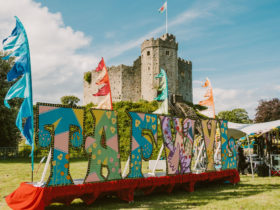 Hundreds of people to attend Tafwyl at Cardiff Castle this weekend