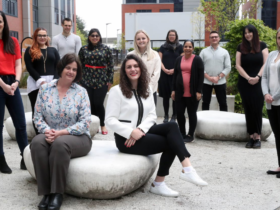 After 18 months of lockdowns, fire breaks and heavy restrictions on public gatherings big venues are starting open their doors again.

One such event that opened its doors on Tuesday 21st September for WWE Live at the Motorpoint Arena in Cardiff. With WWE having such a large fan base across the UK, it was unsurprising to hear that the event had sold out for it’s long awaited returned.

So you know, this show has been rescheduled from Wednesday 6 May 2020, Monday 5 October 2020 and again from Wednesday 28 April 2021! The appetite from fans was not diminished…

Those eagerly awaiting to catch a glimpse of the stars were not left disappointed, with Smackdown favourites including Roman Reigns, Bianca Belair, Big E, Sasha Banks, Bayley, The Usos and more.

Following the Welsh Government’s announcement last week, visitors descending on the Motorpoint were presented with two options to safeguard fellow fans. You could present the negative results of a lateral flow test (carried out 24 hours before the event) or showing a NHS Covid pass at the doors. This did cause some queues, but with multiple entrances and plenty of staff, the lines moved quickly.

I must admit it’s been quite some time since I’ve watched wrestling, so there was uncertainty around what to expect when all those big names that you’re familiar with are gone. We were pleasantly surprised to see representation from the UK with Drew McIntyre from Scotland, Becky Lynch (The Man) and Finn Balor from Ireland. It was also great to see legend Rey Mysterio make an appearance alongside his son Dom, who was making his WWE debut.

Greg Hamilton (host of WWE) had fans up on their feet as he introduced the wrestlers to the ring. Crowds witnessed two championship fights, Shinsuke Nakamura faced Apollo Crews and retained the Intercontinental Championship title. This offered the perfect build up to the main event, Bianca Belair vs  Becky (The Man), who also retained the women’s championship title.

Having not watched wrestling since the 90s and early noughties, it was really interesting to see how this sport has transformed into a full family entertainment experience. Not that it wasn’t before, it just came across as having a bigger appeal with its rock concert-like entertainment.

Rumour has it that WWE is set to return to Cardiff this November, so watch this space! 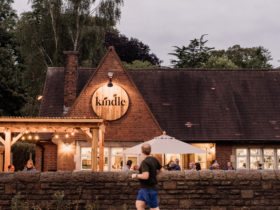