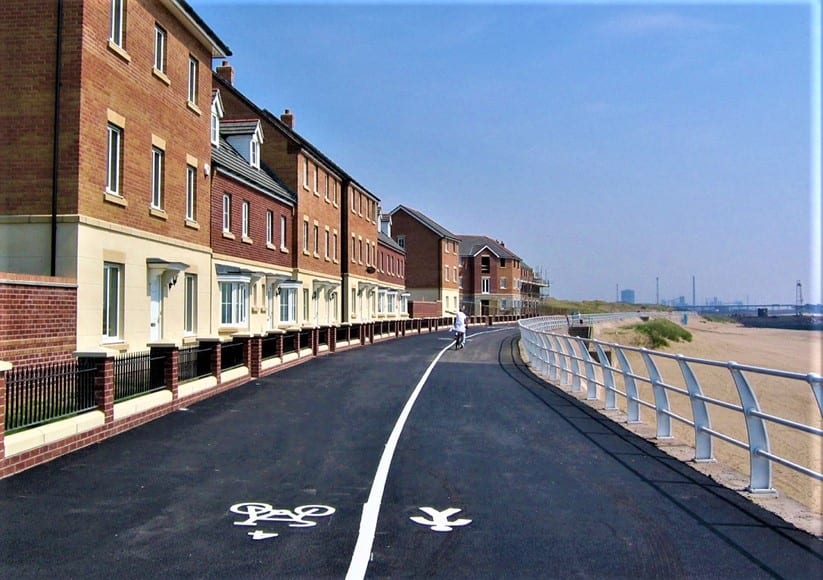 A group of green-fingered youngsters and pensioners have joined forces to give a blooming marvellous makeover to a housing estate in Llandudno.

Members of Llandudno Youth Club were recruited for an intergenerational planting project with older tenants to add a splash of colour in St Andrew’s Avenue.

They filled around 30 flower tubs with begonias, marigolds and a host of bedding plants at the estate which is managed by housing association Cartrefi Conwy.

The scheme came about as a result of a partnership between Cartrefi Conwy, North Wales Police and the youth club.

According to Nerys Veldhuizen, Cartrefi Conwy older person’s engagement officer, the intergenerational project was all about creating communities to be proud of.

She said: “It’s wonderful to see these amazing youth club members working alongside older people and getting on so well. They have become friends.
“Once we finish the flower tubs we will be doing a litter pick around the area with Keep Wales Tidy. Then we have arranged an afternoon tea so tenants and young people can enjoy a social occasion together along with local dignitaries.”

She said: “It’s wonderful to see so many young people working so hard for the community and making the place look so much better for us older tenants.
“It’s made my day seeing so many smiling faces and the flowers and tubs are just beautiful. Thank you to everyone involved.”

He said: “We don’t normally get to see many young people in this area but it’s been a wonderful opportunity to work and mix with them while doing something really worthwhile.”

Bonnie said: “It’s been good fun being with friends and doing something worthwhile. I’ve really liked helping older people and making the flower tubs. It’s a nice feeling knowing we have done something good.”

Cyril added: “I’ve enjoyed mixing the soil and compost. It’s good to think the area will look better and older people will enjoy the flowers.

“I enjoy doing good things and for older people to know we do care and that not all young people are trouble makers and cause a nuisance.”

Akira said: “I’m really happy to be involved and have enjoyed being with friends. Planting the tubs has been good fun and will definitely make the place look better for the older people who live in the area.”

Police Community Support Officer (PCSO) Pamela Hayers, who looks after the Tudno Ward, was approached by Conwy Youth Services looking to start a project involving members of the club.

She said: “I applied for some funding from the Police and Community Trust (PACT) and was awarded £300. I suggested to Conwy Youth Services we could use the money to benefit the St Andrew’s Avenue area as its older residents don’t have a lot of contact with young people.
“We came up with the idea of filling flower tubs with a range of colourful plants and presenting them to the residents.
“Cartrefi Conwy were keen to get involved and put in some money to help fund the project too.”
She added: “The end result is we have a great group of young people who have come along and played a real part in this project. Cartrefi Conwy have been amazing and really got behind the idea as have Conwy Youth Services.
“We are also presenting each resident with a watering can to help them look after the flower tubs.”
Cartrefi Conwy environmental officer Matt Stowe said: “I’m delighted with the project and the work the young are engaged with is going to have a very positive impact on tenants. It’s a great example of partnership working in action.”

Conwy Youth Service’s area youth work practitioner Peter Pugh added: “Conwy County Borough Council gave us compost for free and we have brought along 10 young people, all members of the town youth club, that were keen to get involved.” 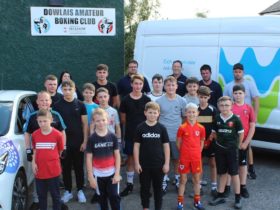 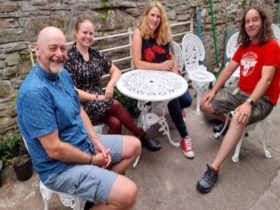