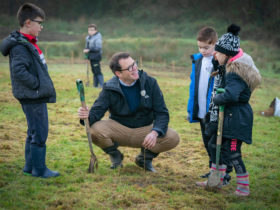 A 17-year-old has been sentenced at Swansea Youth Court after he admitted to causing deliberate harm to a puppy – leading to four fractured bones.

The youth – who cannot be named due to legal reasons – appeared in court on 27 February and pleaded guilty to two animal welfare offences.

There were two separate offences concerning two dates – 30 July and 24 September – where he caused unnecessary suffering to a grey and white French Bulldog type dog, ‘by doing an act, namely the infliction of blunt force trauma and physical violence’.

Following the hearing, the youth was handed a nine month referral order, was banned from keeping animals for five years, ordered to pay £300 costs and a £21 victim surcharge.

The case involved the direct physical abuse of the puppy resulting in four fractured bones.

Veterinary evidence showed that the injuries sustained by the puppy were from a non-accidental injury with the defendant being the only one alone with the dog at the time of the injuries occurred. These injuries consisted of a swollen face, fractured humerus, fractured ulna and radius and fractured femoral head.

RSPCA inspector Gemma Cooper said: “I would very much like to thank the member of public who alerted us to what was going on so we could promptly remove the puppy – now named Betty – and give her the veterinary treatment she desperately needed.

“I am so thankful she has recovered and is doing really well with one of our fantastic fosterers.”

In RSPCA care the puppy has been given treatment and several operations – costing around £8,000.

She is now being cared for by a RSPCA Llys Nini Branch fosterer and has recovered from her injuries, although she had an operation on Tuesday to remove some wires from her rear leg. In the near future a forever home will be sought for her. She is currently only 10 months old.

The fosterer said: “When she first came to me in October she had shut down and she wouldn’t look at me for three weeks. But now she is a beautiful bundle of joy. She is just amazing and she loves everybody and she is great with other dogs.”