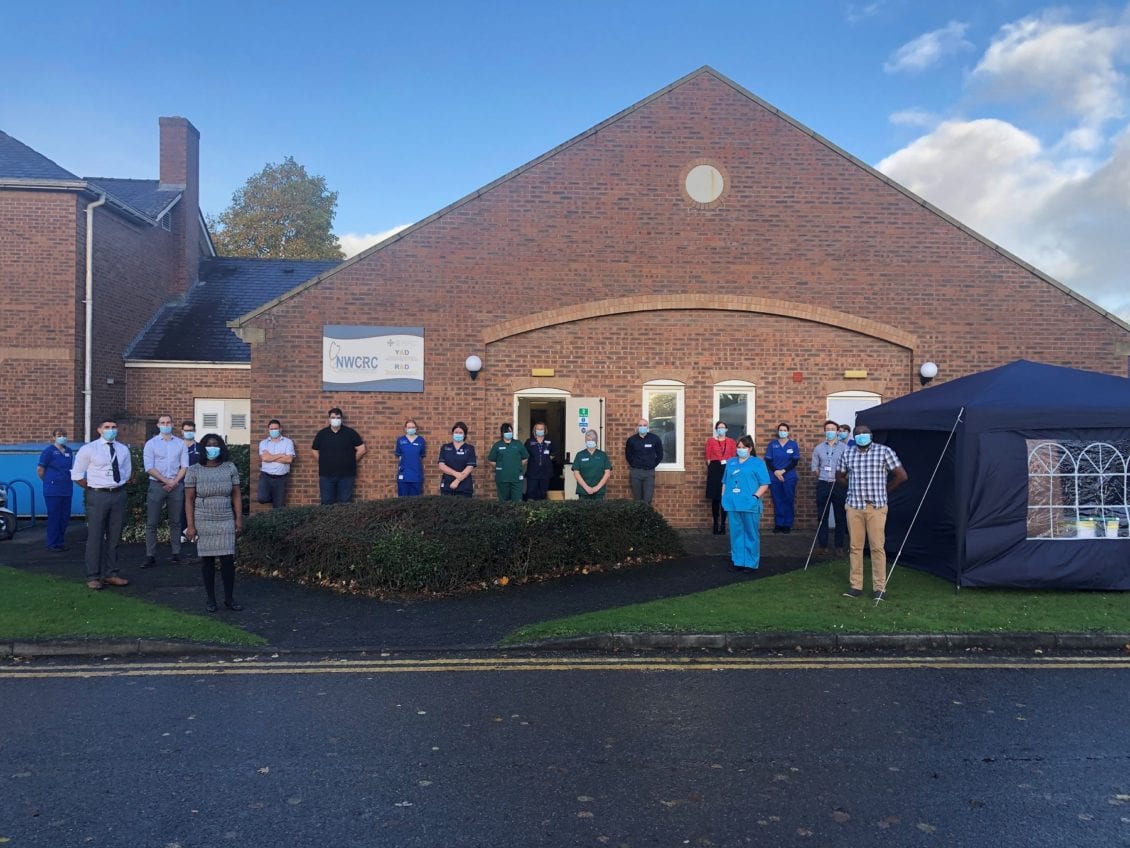 AN AFRICAN student travelled 8000 miles from Zimbabwe to study farming at Coleg Cambria.
Dominic Edwards made the 13-hour journey to begin a Level 3 Technical Certificate in Agriculture at Coleg Llysfasi.

Having grown up in Tanzania and Malawi, Dominic later spent years working on the farms of his friends and their families in Zimbabwe’s capital, Harare.

The 18 year-old looks forward to pursuing a career in the sector, either in the UK or back home in Africa.
He is loving life in Ruthin and with the support of Cambria’s international team was made to feel welcome before even arriving on UK shores.

They helped him through the entire process, from initial interest to application and confirmation, to sign-up for the course and successfully receive a Visa.

[/aoa]With grandmother Virginia living in nearby Denbigh, Dominic is beginning two years of study at the award-winning college, which also has sites in Deeside, Northop and Wrexham.

“It was a huge wrench leaving behind my family and friends in Harare, and I do occasionally get homesick,” he said.

“They were all very surprised as I moved half way across the world to be here, but I don’t regret it, I want to get the best education possible.

“This is a beautiful place and I had been over a few times to visit my grandmother, so I already knew a little about North Wales.”

Dominic added: “When I started looking at what do after my IGCSEs (International General Certificate of Secondary Education) last year, given my love of farming and agriculture I thought what better place to study than the UK?

“Coleg Cambria immediately sprang to mine and it was a good decision; I’m really enjoying the modules and the opportunity to get outside and do everything from working with animals and machinery to dairy, maintenance, health and general duties.”

Dominic lauded the college for its pastoral care and academic support; he has dyslexia, which can be a barrier to progress, but has again been helped by Cambria’s study skills team.

Having a relative so close by has also smoothed the transition, and he looks forward to the next two years in Denbighshire.

“My grandfather was English and my grandmother is from Zimbabwe,” said Dominic, a Manchester City fan who counts water polo and rugby among his hobbies.

“They often would visit Wales and loved it up here. She moved to Denbigh about 10 years ago, though there are very few similarities between the two countries. Politically and in terms of education, they are very different.

“The farming industry in the UK is also nothing like the one back home, so I really feel I am in the best possible place to learn more about agriculture and prepare myself for a career.

“I wanted to learn with the very best and I’m doing that here at Coleg Llysfasi.”

International Coordinator Natalie Roberts says Coleg Cambria’s reputation overseas is growing and was bolstered by the introduction of a raft of new courses for 2018/19 in engineering, agriculture, creative media and catering, coupled with their industry links and progression opportunities.

She is delighted Dominic has settled into life at Cambria and says the department will be with him on every step of his journey.

“We were in contact with Dominic and his parents throughout, talking about which course would be right for him, how to apply for a Visa and travel arrangements,” said Natalie.

“He has a personal tutor and will receive all of the help and guidance he needs – we wish him luck with the course and are so pleased he enjoys living and learning at Coleg Llysfasi.”