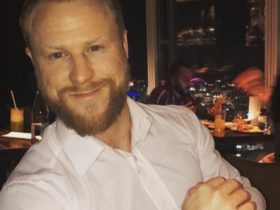 Wales’ national football league is known as the Cymru Premier. It is the highest of the Welsh football league system, with both professional and semi-professional teams. Before 2002, the competition was known as the League of Wales, but it was renamed the Welsh Premier League as part of a sponsorship deal. For the 2019–20 season, the league was renamed the Cymru Premier.

The New Saints have been the most dominant force over the years, winning 13 titles. This includes winning eight in a row from 2011 to 2019. However, their reign was ended last season in a stop-start season impacted by Covid, by newly-crowned champions Connah’s Quay Nomads, who picked up their first title. 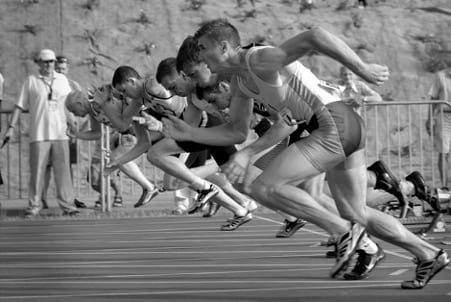 The race for the title is hotting up this season as The New Saints look to wrestle back their championship from reigning champions Connah’s Quay Nomads. Nothing can separate the two teams at present as they both find themselves well ahead of the chasing pack on 66-points. With only six fixtures for each team remaining, there is still plenty to fight for on all fronts.

At the other end of the table, Haverfordwest currently occupies the last European playoff spot, and it appears to be a straight shootout between themselves and Newtown for that position.

Things are exciting at the foot of the table as although Druids are near enough already relegated; you have three other teams battling it out for survival, trying to avoid finishing in the last relegation place. Those teams are Aberystwyth, Cardiff Metropolitan, and Flint, who all have 24-points to their name.

The next round kicks off with a thrilling tie between relegation rivals Aberystwyth and Cardiff Metropolitan. You have to feel whoever wins that one will take a giant leap towards safety this season. Cardiff Metropolitan hasn’t lost to Aberystwyth in their previous three encounters, and therefore the odds on them winning look favourable. If they can avoid relegation this season, it will be a welcome boost for local businesses that have been hit hard due to lockdown restrictions. With those restrictions due to ease soon and the hospitality and leisure sector due to reopen, it will be beneficial if local teams remain in the Cymru Premier League.

Haverfordwest versus Flint is also an exciting clash in the relegation group as both teams have their own agendas in this one. They have only ever met each other twice previously, and the away side on the day has come away with the victory on both occasions, and therefore perhaps Flint can defy the odds in this one.

The Championship group kicks off with Bala Town hosting Barry at Maes Tegid.  A win for Bala Town will surely put to bed any doubt that they will qualify for the final European place. However, if Barry can claim the victory, it will make the remainder of the season very interesting for these two. They have every reason to be confident as they thrashed Bala Town 6-2 only three weeks ago. If they can repeat that performance, then their odds of qualifying for Europe will surely shorten.

Talking of teams that have scored six goals, this brings us on to the next match in the round between Penybont and Caernarfon. Penybont won the last fixture between these two 6-0, and if they can repeat that here, they too could through their name in the hat for that final European spot.

The round concludes with the game everyone has been waiting for and is between the two Welsh heavyweights, The New Saints and Connah’s Quay Nomads. A win for either team will indeed lay down a marker, and you have to feel it will ensure they are the betting favourites to go on and lift the trophy this season. The home side has won this fixture on the day on the previous four occasions that it was played.

As you can see, there is still plenty to play for in the Cymru Premier this season at both ends of the table. The Cymru Premier League is growing year upon year, and with big sponsors such as JD Sports backing the league, it can only enhance its reputation. The league is also now being covered by more television networks than before so that all four corners of the United Kingdom can enjoy the conclusion of this year’s spectacle. 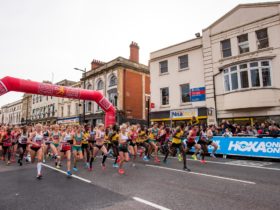