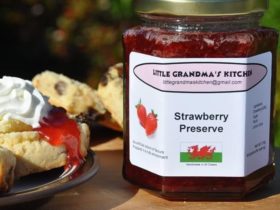 Eight young people who are interested in all aspects of film making are being sought for a series of workshops in Mid Wales during February and March.

Shakespeare Link, a charity which operates the Willow Globe, a scaled down, living version of the Globe in London, is working with Powys County Council’s Winter of Wellbeing to offer free film making workshops.

The workshops, which will be held every Saturday from February 26 to March 19 from 11am till 4pm, are free of charge and open to young people aged 12-18 years with an interest in film making.

As there are only eight spaces available, interested young people are urged to contact Shakespeare Link on [email protected] soon to book their place or to seek more information.

Those taking part in the workshops, which will be led by local film makers Erin Draper and Jim Elliott, will learn about camera, filming and editing techniques. They will also devise, film and edit their own creations which will premiere at Shakespeare Link’s annual Birthday Bash in April.

The company has toured worldwide, enthralling audiences and students alike from Utah to the Philippines and from Budapest to Singapore. The company has enjoyed strong support from the British Council and has won international acclaim.

Now based at the Willow Globe, Llanwrthwl, near Llandrindod Wells, Shakespeare Link offers a quality resource for the local community and beyond.

At the heart of the company’s work is a passion for bringing together people of all ages and backgrounds to explore and enjoy Shakespeare’s plays.

The unique Willow Globe has been carefully woven with willow into an organic and spiritual theatre. It is believed to be one of the largest willow constructions in the country and probably the only one in use as a theatre in the world.

It hosts events from April to September, offering syllabus Shakespeare for schools through workshops, community productions and professional tours. It is also a venue for an eclectic mix of music, Shakespeare and other arts events.

In the event of wet weather, performances move indoors to a theatre within a converted barn or a new circus big top tent.