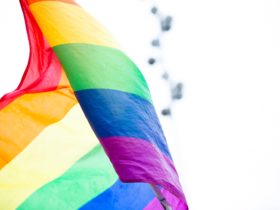 UK and international commercial law firm, Capital Law, has strengthened its banking and finance team with two hires and a promotion.

Reshma Jogia joined the firm in May and was confirmed as partner on 1 November. Previously head of the Cardiff banking and finance team at Blake Morgan, she is used to handling the banking aspects of corporate transactions, with 20 years’ experience of acting for borrowers and lenders.

Reshma has already played a central role on several multi-million-pound transactions and banking refinances, for clients including Ascona Group and WestBridge. Her track record in helping housing associations to negotiate their funding arrangements will see her working closely with the firm’s dedicated social housing team.

Paralegal Michael Bolous also recently joined Capital to support the banking and finance team as its client base continues to grow, while debt finance specialist Christopher Lewis was promoted from associate to senior associate.

“To be joined by a lawyer of Reshma’s calibre earlier in the summer was a real feather in our cap. Her appointment to partner confirms our commitment to developing our banking practice, which has gone from strength to strength over the past few years, as demonstrated by the increasing number of high-profile transactions we’ve been instructed on.”

“Changing jobs during a pandemic can seem daunting, but Chris and the team at Capital have been brilliant at facilitating the transition. Banking being an integral part in various transactions, I’ve already started building great relationships with Capital’s impressive client base and with colleagues from across the firm. I look forward to developing these further, as we continue to grow Capital’s reputation in the banking space, across sectors and borders.”