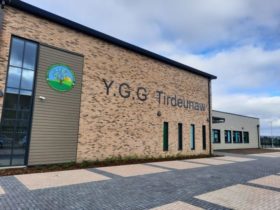 Cardiff and Vale College (CAVC) is set to host the finals of the Automotive rounds in the prestigious WorldSkills UK Finals.

From Monday 15th November, the College’s state-of-the-art Automotive Training Centre at its City Centre Campus in Cardiff will host the competition, bringing the best young talent from across the UK. The contest will also bring together employers and local schools, who will view the competitions in action and take part in Automotive Challenges to inspire future talent and raise awareness of careers in the industry.

CAVC is hosting the WorldSkills UK Finals in:

WorldSkills is a global movement of 80 countries, supporting young people across the world to develop excellence in their sector via skills competitions, with those securing places in national teams – and representing the best in their country and sector – ultimately testing their ability to achieve world-class standards in the biennial ‘Skills Olympics’.

The WorldSkills UK Finals are usually held under one roof annually at the NEC in Birmingham, but due to the pandemic are being held in top venues across the UK, with the Automotive competitions taking place in CAVC Automotive Training Centre. The competitions gain largescale employer support, showcasing some of the best new talent for employers across the UK in their industry.

With a notable track-record in automotive competitions, Cardiff and Vale College has seven learners representing Team Wales and competing in the finals through the week. Lewis Hastings, Harry Cooper and Joel Windsor in Automotive Body Repair and Sion Lewis, Tom Venn, Callum Roberts and Dominic Duance in Automotive Refinishing.

As one of the original institutions to be named as a WorldSkills UK Centre of Excellence last year, Cardiff and Vale College works to embed world-class skills training across its curriculum. In total, 19 CAVC learners are competing in WorldSkills UK finals being held across the country including Forensic Science, 3D Game Art, Wall and Floor Tiling, Restaurant Service Hairdressing and Horticulture, as well as the Automotive finals.

Welsh WorldSkills UK Delegate and Chief Executive of Cardiff and Vale College Mike James said: “We are hugely excited to be hosting the Automotive Finals of WorldSkills UK in our top-class Automotive Training Centre.

“This is an excellent opportunity to bring together employers and the best young talent in the UK in one of the finest training facilities. We can also use this opportunity to act as ambassadors for the automotive industry, highlighting it as a career path to school children.

“I would like to take this opportunity to wish all of the competitors the very best of luck in what will be a thrilling contest.”

The winners will be announced by TV presenter Steph McGovern, in a special event live from her Packed Lunch studio at 4pm on Friday 26 November.

The WorldSkills UK competition-based programme has a real impact on those taking part, with 90 per cent of previous entrants saying their career progression improved after taking part, while 86 per cent said the competitions boosted their personal and employability skills.

Deputy Chief Executive Officer of WorldSkills UK Ben Blackledge said: “After a year without competitions due to the pandemic it was really encouraging to see so many people competing in the qualifying rounds. We are really excited to be taking the show on the road this year with finals hosted across the UK. I want to offer my congratulations to all those that took part and wish the competitors at Cardiff and Vale College the best of luck in their finals.

“WorldSkills UK’s competitions and competition-based development programmes equip apprentices and students with the lifelong, world-class skills that will help improve their career prospects and increase UK productivity and competitiveness.”