Lovers of fine dining are in for a treat at the Welsh International Culinary Championships (WICC) at Grŵp Llandrillo Menai,Rhos-on-Sea from February 26-28.

Hundreds of chefs and front of house learners from across Wales and England and as far away as Austria will be serving up dishes to tantalise the judges’ tastebuds over three days.

The WICC comprises a wide range of competitions culminating with the Junior and National Chef of Wales finals on Thursday, February 28. Also running over the three days will be the Battle for the Dragon contest between Wales, Austria and a team from Cambrian Training Company, who have agreed to step in as late replacement for Belgium. Tickets for the three lunches have sold out.

The Welsh team, comprising chefs from the Celtic Manor Resort, Newport, opens the competition on Tuesday followed by Cambrian Training Company, who will be cooking the menu submitted by Belgium before their withdrawal, on February 27 and Austria on February 28. They will each cook a three-course menu for 70 people under the supervision of a panel of international chef judges.

The Junior Chef of Wales final will be contested by four chefs from establishments across Wales. Oliver Thompson, 20, from The Bull, Beaumaris and Thomas Martin, 22, a sous chef at The Brook Bistro, Whitchurch, Cardiff, who were also finalists last year, will get a second chance to win the coveted title.

Joining them will be Sion Hughes, 20, from Carden Park, Chester and Daniel Britton, 21, from Celtic Manor Resort, Newport.

The chefs will be given three hours to cook and serve up a three-course menu for four people using a majority of Welsh products. They must cook a starter suitable for vegans, a main course using Welsh Lamb and a dessert including Welsh honey.

Awaiting the winner is an all-expenses-paid visit to the Worldchefs Congress 2020 with the Culinary Association of Wales where he will be part of the Worldchefs Young Chefs Club.

In addition, he will be invited to a study tour hosted by Koppert Cress in the Netherlands, receive a set of engraved F. Dick Knives and be seeded through to the semi-finals of the Young National Chef of the Year contest organised by the Craft Guild of Chefs.

The National Chef of Wales finalists include three chefs from the Chester Grosvenor, Chester. Last year’s Junior Chef of Wales winner, Arron Tye, 23, is going for the double by adding the ‘National’ title to his growing list of accolades.

Tye will be joined by Chester Grosvenor colleagues Matthew Ramsdale, 26, who is hoping it’s third time lucky after twice before being a runner up in the final and Sam Griffiths, 24. Gavin Kellett, 33, from The Three Horseshoes Inn, Groesffordd, Brecon, is a finalist for the second time.

The chefs will be given three hours to cook and serve up a three-course menu for four people, using mostly Welsh products. They must cook a vegan starter, a main course using two different cuts of Welsh Beef and a dessert including chocolate as the main ingredient.

The winner will be invited to a study tour hosted by Koppert Cress in the Netherlands and will receive a set of engraved F. Dick Knives and £250 worth of Churchill tableware.

The WICC is a fertile hunting ground for the Culinary Association of Wales (CAW) which is now recruiting young chefs for the National and Junior Culinary Teams Wales to compete at the Culinary Olympics next year.

Colin Gray, chairman of the judges, said he was looking forward to seeing the dishes presented by the chefs. Following keenly contested semi-finals, he expects the chefs to raise the standards even higher in the final.

“The finalists produced top quality fine dining dishes in the semi-finals, which substantiated our view that Wales has some great chefs,” he said. 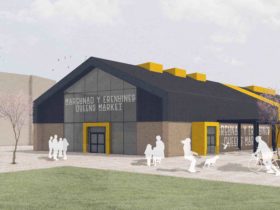 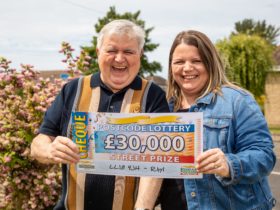