THE award-winning chief executive of a top North Wales college is to walk 48 miles in 14 hours to raise money for a children’s charity.

Coleg Cambria CEO David Jones will visit all five of its campuses as part of an epic challenge for NSPCC Cymru on Saturday (June 23).

David – who was named TES FE Leader of the Year in 2017 – has already broken the £3,000 barrier and is aiming to double that in the coming weeks.

He and wife Julia will journey from Llysfasi to Northop and on to Deeside before walking across country to the Yale and Bersham sites in Wrexham – around 100,000 steps in total.

“It’s going to be a very tough day but one that we are really looking forward to,” said David.

“NSPCC Cymru is the college’s chosen charity this year and they do such amazing work in supporting young people, we want to do this for them.

“Julia and I have been training for months in the hills and mountains of north east Wales, so we are ready for it.. well, as ready as you can be for such a gruelling challenge!”

One of the NSPCC services which will benefit from David’s fundraising is Speak Out Stay Safe – a groundbreaking campaign which sees specially-trained staff and volunteers visiting primary schools to deliver assemblies which help equip pupils with the knowledge they need to recognise abuse and speak out about it.

Across the whole of Wales more than 58,000 children were reached across 491 primary schools, but the leading children’s charity wants to visit many more schools in the coming years, helped by money contributed by fundraisers like David.

David added: “The NSPCC is an incredible charity right there on the frontline, tackling the issues affecting children and young people across Wales and the UK.

“This walk is going to be tough, especially if the weather and other conditions are against us, but it will be more than worth it to help them in some small way.

“We hope people will continue to support us and would like to thank the many who have done already, your generosity is greatly appreciated.”

A spokesperson for NSPCC Cymru added: “We would like to thank David and Julia for their fundraising exploits and to all those who have supported them, and NSPCC Cymru, with sponsorship.

“We wish them luck and money they raise will allow us to continue our fight for every childhood in North Wales and beyond.

“We rely on funds raised by people like David and Julia to support our vital services for children and families, the educational work we carry out in schools, and Childline which is there 24/7 for children in desperate need of help.” 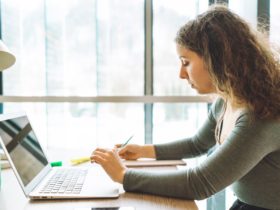