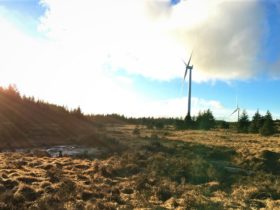 A British bulldog has been pulled from the River Taff, prompting the RSPCA to remind people not to dump pets who may sadly have died.

The tan and white female adult dog was found in a sleeping bag liner inside a navy blue, 60-litre rucksack in Troedyrhiw.

RSPCA Cymru has confirmed there were no visible injuries or signs of trauma on the dog. The canine was microchipped – but the chip was not linked to an owner’s details.

She was found in the river on Thursday 11 June – but veterinary examinations suggest the dog had been dead for some time prior to this.

The cause of the dog’s death is unknown but is not being treated as suspicious. Instead, it seems possible someone has disposed of their dead pet in this way.

RSPCA Cymru has issued a reminder that dumping a dead pet in a river is “wholly inappropriate” – and has highlighted a series of other options available to pet owners who have suffered such a loss.

Inspector Gemma Cooper said: “Vets believe this dog had been dead for about one week before the body was found.

“If anyone does have any information about this dog, we would ask them to call our inspectorate appeal line on 0300 123 8018.

“However, there’s no obvious injuries, or trauma – or anything to suggest suspicious circumstances around the death.

“Instead, it seems very possible someone was disposing of a dead animal in this way – but dumping a body like this is wholly inappropriate.

“There’s lots of options for those who have sadly lost their pet and don’t know what to do with the body – including burial, pet cemeteries, or getting a vet to deal with the body instead.”

RSPCA Cymru also publishes guidance for those struggling following the loss of a pet, and how to cope with the bereavement.