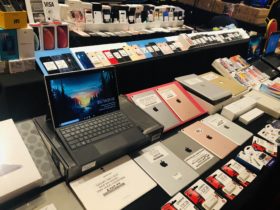 Cryptocurrency is a type of payment that may be traded for products and services online. Many businesses have created their own currencies, known as tokens, which can be exchanged for the goods or services that the business offers. Consider them to be arcade tokens or casino chips. To have access to the item or service, you must first swap actual cash for cryptocurrency. Cryptocurrencies operate on blockchain technology. Blockchain is a decentralized system that organizes and records transactions across multiple computers. The security of this technology is part of its allure.

At the moment, the usage of cryptocurrencies is mostly confined to “early adopters.” On a global basis, there are around 10 million Bitcoin holders, with almost half of them holding Bitcoin only for financial purposes. Cryptocurrencies aren’t essential since government-backed currencies work just fine. The benefits of cryptocurrencies are theoretical for the vast majority of early users. As a result, widespread acceptance will occur only when there is a large real benefit to adopting a cryptocurrency.

How do you get cryptocurrency?

You may purchase bitcoin by using an online trading site. Some people earn bitcoin through a difficult process known as “mine,” which necessitates the use of specialized computer equipment to solve very complex arithmetic puzzles.

Where and how do you store cryptocurrency?

Cryptocurrency is kept in a digital wallet, which can be located online, on your computer, or on an external hard drive. However, if anything unexpected occurs — your online exchange platform goes out of business, you send bitcoin to the incorrect person, you forget your digital wallet password, or your digital wallet is hacked or compromised — you may find that no one can assist you recover your assets. And, because bitcoin is generally transferred directly without the use of an intermediary such as a bank, there is frequently no one to turn to if an issue arises.

Let us begin with the fundamentals: what is blockchain? We’re starting with this technology since it’s at the heart of several cryptocurrencies, including Bitcoin. Furthermore, the applications of blockchain technology extend far beyond digital currency. A blockchain, in its most basic form, is a database — a collection of electronically recorded information or data. However, a blockchain has several distinguishing characteristics that set it apart from a typical database. A blockchain, as the name implies, is a collection of data ‘blocks’ that are connected together. This chain of blocks generates a shared digital ledger (data collection) that records the chain’s activities and information.

Each blockchain ledger is distributed globally over thousands of computers. This implies that anybody on the network may see (and verify) the entries of everyone else. Because of its peer-to-peer and distributed ledger technology, it is almost difficult to falsify or tamper with data within a block.

How does blockchain work?

We now understand what a blockchain is, but how does it work? We’ll keep things simple for now, but if you want to learn more, check out our Cryptocurrency and Blockchain Technology Explained course. Each block in the chain has a few fixed elements: a specific quantity of data, a cryptographic hash, and the hash of the previous block. The hash is basically the block’s fingerprint — a unique identifier that pertains to the block and its contents.

As a result, if the data in a block changes, so does the cryptographic hash. Of course, we know that each block includes the hash of the block that came before it. This implies that if one block is tampered with, all future blocks are rendered invalid, giving a layer of permanence and security.

Bitcoin, often known as a cryptocurrency, virtual currency, or digital currency, is a totally virtual form of money. It’s similar to an online form of cash. You can use it to buy items and services, but not many stores accept it currently, and several nations have outright outlawed it. However, some businesses are beginning to see its rising clout. For example, in October of last year, PayPal, the online payment provider, announced that its users will be able to purchase and trade Bitcoin.

How does Bitcoin work?

Each Bitcoin is essentially a computer file that is kept on a smartphone or computer in a ‘digital wallet’ software. People can transfer Bitcoins (or portions of Bitcoins) to your digital wallet, and you can send Bitcoins to others. Every transaction is recorded on a public ledger known as the blockchain. This allows you to trace the history of Bitcoins and prevent others from spending coins you don’t own, creating duplicates, or undoing transactions. Check this site for more information 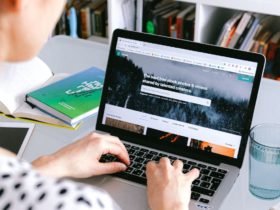