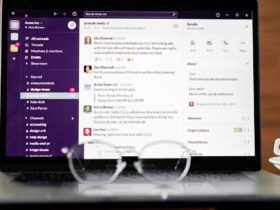 5 Useful Services to Help Students While Studying in College

Crowdfunding is a mechanism that allows a little sum to be used by a big number of people. It is used to fund the start-up of a new firm. Crowdfunding is the most effective approach to connecting investors and businesses. It’s a collection of possible investors. It also broadens the investor pool beyond the typical circle of owners.

Blockchain may appear difficult, and it can be, but its basic premise is actually pretty simple. A blockchain is essentially a sort of database. To comprehend blockchain, it is necessary to first grasp what a database is.

A database is a collection of data that is electronically stored on a computer system. Database information, or data, is generally organized in table style to facilitate searching and filtering for specific information. What is the difference between storing information in a spreadsheet vs a database?

Bitcoin, often known as a cryptocurrency, virtual currency, or digital currency, is a totally virtual form of money. It’s similar to an online form of cash. You can use it to buy items and services, but not many stores accept it currently, and several nations have outright outlawed it.However, some businesses are beginning to see its rising clout. For example, in October of last year, PayPal, the online payment provider, announced that its users will be able to purchase and trade Bitcoin. The tangible Bitcoins shown in photographs are a curiosity. They’d be worthless if the secret codes weren’t printed inside.

How does Bitcoin work?

Each Bitcoin is essentially a computer file that is kept on a smartphone or computer in a ‘digital wallet’ software. People can transfer Bitcoins (or portions of Bitcoins) to your digital wallet, and you can send Bitcoins to others. Every transaction is recorded on a public ledger known as the blockchain. This allows you to trace the history of Bitcoins and prevent others from spending coins you don’t own, creating duplicates, or undoing transactions.

Blockchain or Bitcoin Crowdfunding Could Be Disruptive

Crowdfunding platforms that employ blockchain can assist to optimize the success of a project since blockchain makes the financing process safe and provides totally transparent access from anywhere in the globe. Blockchain and Bitcoin crowdfunding are being utilized in a variety of ways to help firms raise capital.

Companies are developing their own cryptocurrency that functions similarly to corporate shares. Initial coin offers (ICOs) are public sales of new cryptocurrencies on a blockchain network. It works similarly to other crowdfunding sites in that the producers of the project announce what they’re doing and then seek for cash from a group of individuals who want to back them. During an initial coin offering, investors purchase cryptocurrency tokens that represent shares in the business, similar to how the stock market operates. If the firm succeeds well, the value of the shares may rise over time.

Blockchain technology is still in its early stages. Bitcoin was introduced in 2009, along with the first blockchain. Because the industry is not yet established, innovative and inventive structures are continually being developed to capitalize on it. OpenLedger is one of several crowdfunding initiatives that make use of blockchain technology. OpenLedger functions similarly to a stock exchange for cryptoequity. Companies can generate cash by launching an ICO on OpenLedger, and this crypto equity can subsequently be sold on OpenLedger. Let’s have a look at how this works in practice.

Stratis Raised Over 100,000$ With Bitcoin Crowdfunding

Different crowdfunding platforms utilize a variety of techniques. One of them is the Stratis Corporation. It developed a technology that enables people to construct a blockchain. It offers extremely quick apps based on cutting-edge technology. It might be difficult to obtain cash at times. Stratic launched an initial coin offering (ICO) to raise cash in 2017. This technology only takes bitcoins as a method of payment. They are investing more than $100,000 on this technology.