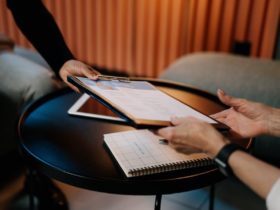 How to Write a CV (Curriculum Vitae)

Leading specialist recruiter Acorn is celebrating after managing director Matt Southall was honoured at the 2018 South Wales Argus Business Awards with the coveted Lifetime Achievement award for his contribution to business and the economy, during a career spanning more than twenty-five years.

The inaugural awards ceremony, held in partnership with Newport Now Business Improvement District, saw businesses from across Gwent recognised for their contribution to the region.

Wow! Matt Southall, our MD, has just received the coveted Lifetime Achievement Award at the #SWABusinessAwards.

We couldn’t be prouder.

Congratulations Matt – from every single one of us at Acorn! pic.twitter.com/KPyBsq09J1

Born and raised in Newport, Matt opened the first branch of Acorn on Bridge Street in 1992 with support from three local businessmen. Since then, the business has expanded to more than 40 branches across the UK and Australia, placing some 480,000 jobseekers UK-wide – 120,000 of these from the South Wales area – into the labour market and achieving a peak turnover of £130 million. Acorn is now recognised as the leading recruitment company in Wales and is in the top 1% of recruiters UK-wide.

Speaking on his win, Matt commented:

“I am absolutely honoured to receive this award. From one branch in Newport to more than 40 worldwide, Acorn has truly gone from strength to strength over the past 26 years.

“At first, we wanted to open an Acorn branch locally to help people looking for work in Newport, with the aim of eventually having a network across Wales. We’ve come a long way since those early days – I’m so proud of the work Acorn has done so far and what our team has achieved.”

A mixture of energy, commitment and drive has helped Matt grow Acorn to the thriving business it has become today. In 2006, global French company Synergie, the fifth largest recruiter in Europe, took an interest in Acorn and became the majority partner. Matt remains at the helm to this day and the company has kept its highly-recognisable brand.

Over the years, Acorn has also demonstrated its commitment to supporting the communities in which it works – including a long-term sponsorship deal with Newport County and partnerships with the Welsh Sports Association and homelessness charity The Wallich.

Matt still lives in Newport, where the Acorn head office remains to this day at Celtic Springs Business Park.

“I grew up in Newport and I remain dedicated to supporting our local community,” explains Matt. “We intend to continue creating opportunities for local people and local employers wherever possible.”