More than 500 people are expected to gather in Llanidloes on Saturday morning to show their support for a community campaign to reduce the use of plastics in the ancient market town.

The ‘Message in a Bottle’ campaign is the brainchild of local resident Philip Stallard who has recruited a small army of helpers to clean up the town and the River Severn from its source to Llanidloes.

On Saturday, he is planning a series of events to launch the campaign, which he will take to every town and village downstream on the River Severn. Events are planned from 7am until midnight, starting with a river clean from the source of the Severn to Llanidloes.

Children and adults will then be transported in a coach by Celtic Travel to different parts of Llanidloes to pick litter, with the intention of tidying up the whole town by the end of the day.

The day’s activities will be captured on video, which will be shared with the towns and Philip hopes they will be inspired to follow suit.

The campaign is being supported by the town and county councils, businesses, schools, organisations and residents of Llanidloes, the first town on the Severn.

Llanidloes Primary School children have each written their own message in a bottle about plastic pollution. The bottles will be used to make a giant jellyfish, which will be on display in Llanidloes Community Centre.

The pop musician Nova Amour, who is originally from Llanidloes, has given the campaign exclusive access to footage of the making of his new video, ‘Birthplace’, which was aptly filmed underwater. The video will be shown in the community centre during the day.

The campaign aims to:

Philip’s campaign was prompted by David Attenborough’s Blue Planet II TV series, which broadcast alarming images of discarded plastics polluting oceans. He has been overwhelmed by the public and business support in Llanidloes.

Brenin Adventures has agreed to lead the river clean in Llanidloes, the Co-op has provided 3,000 textile shopping bags and Matthew Davies Media will be capturing the day’s events on film. Musicians and the owners of sound systems are also supporting the day’s events free of charge.

“Everyone in Llanidloes is talking about it and the town is 100 per cent behind  Message in a Bottle,” he said. “Hopefully, businesses will be asking their suppliers on behalf of customers what they are doing to reduce plastic packaging.

“Every business in town is making changes in how they treat plastic. For example, one of the chip shops is aiming to be 95% plastic free by the end of the year, the hospice shop is offering to recycle plastic bags in exchange for paper ones and Jones the Florist is offering customers paper, hessian and sisal alternatives to plastic on bouquets as well as reusing plastic boxes that transport flowers.

“For Llanidloes Carnival on July 14, the town’s pubs would normally use around 1,500 single use plastic cups each, but they are now working together with the intention of offering customers reusable pint and half pint hard plastic pots.

“When you ask the question, something happens. It’s quite easy to make things change if you are persistent like me.”

Aberystwyth is celebrating 100 years of geography 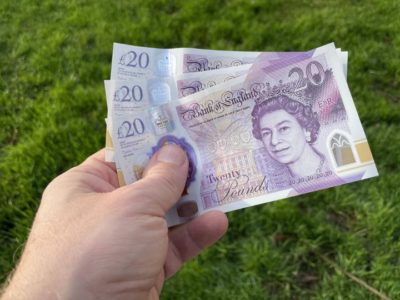 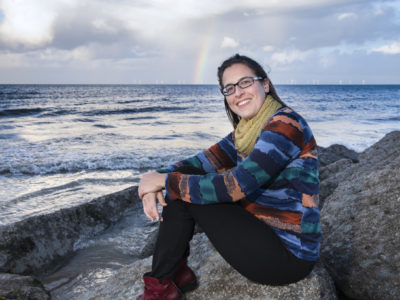 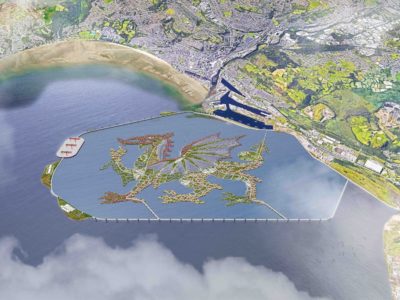