My name is Rhys, a first time dad blogging about my adventures and experiences of being a parent. [email protected]ales247.co.uk
0 Shares
READ NEXT 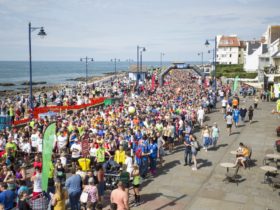 A special birthday weekend is planned at King Arthur’s Labyrinth on June 29 and 30 to celebrate 25 years of legendary underground adventures at the popular Mid Wales tourist attraction.

Everyone is invited to go along to the attraction, located next door to Corris Craft Centre, near Machynlleth, to have fun taking part in special themed events.

[aoa id=”1″]Participants of a Knights School will learn how to be a knight and how to fight a dragon. There’s also Dragon Quests where participants will hunt for clues and learn how to become a dragon hunter and medieval-style street entertainment with a juggling jester who will be performing fire shows too.[/aoa]

The weekend will also feature live music, face painting and underground sailings into King Arthur’s Labyrinth will be available all weekend.

For further information and to book a place at the Knights School and Dragon Quests visit the website www.kingarthurslabyrinth.co.uk

The award-winning King Arthur’s Labyrinth opened in 1994 following significant investment to transform the disused workings of the old Braich Goch slate mine into a mysterious underground space for the retelling of ancient legends from Wales.