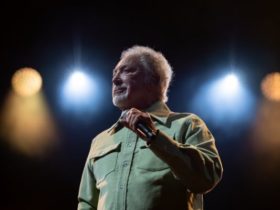 A new work by one of Wales’ most revered composers which tells the story of the death of Owain Glyndŵr will be premiered at this year’s North Wales International Music Festival.

Composer Brian Hughes, who lives in Gresford, near Wrexham, has written his haunting string orchestral piece, Death of the Skylark, based on a traditional Welsh poem.

It will be performed by the festival’s resident orchestra, NEW Sinfonia, at St Asaph Cathedral during the evening concert on Saturday, September 29. The concert will also feature renowned cellist Raphael Wallfisch performing Elgar’s Cello Concerto.

The festival, which runs from Saturday, September 15, to Sunday, September 30, is being supported by the Arts Council of Wales and Tŷ Cerdd.

Brian Hughes revealed the skylark, a harbinger of a new start or new day, is used as a symbol of Welsh hero Owain Glyndŵr.

Glyndŵr was a Welsh ruler and the last native Welshman to hold the title Prince of Wales. He instigated a fierce and long-running but ultimately unsuccessful revolt against the English rule of Wales.

Mr Hughes said: “He died in 1415 and his life was a battle against authority. He took advantage of his privileged birth and went to England to be educated.

“He thought he could rule Wales as the English ruled England and in doing so people wouldn’t be punished or discriminated against for being Welsh. That resulted in conflict and the war against England.

“The traditional Welsh poem tells of a skylark dead on the mountain and a body of men sent to bring the body back to the village. I believe the skylark is a symbol of Owain Glyndŵr.

“There is no grave and no monument where his remains lie which explains why he lives on in the minds and memories of a nation today. A skylark is always uplifting and flying high, you never see a skylark on the ground.

“The music reflects the feeling of a new hope and a new beginning. The work, which is just eight minutes long, describes the body of men sent to bring Owain Glyndŵr back to his village.

“Of course, you can’t have music being mournful all the time so, after people accept his death, it becomes uplifting. It’s a ‘marwnad’, or lament, but not one for voices but for a string orchestra.”

Ponciau-born Brian Hughes, now 80, began playing the piano aged seven and would go with his father, who was the Rhos Male Voice Choir’s accompanist, to listen to the choir rehearse and sing.

He said: “That’s where I got my love of choral music from I suppose. I eventually studied music at Cardiff University and became head of music at, what was then, the Alun Grammar School in Mold.

“I stayed there for nine years and set up the Alun Madrigal Singers. We recorded a number of albums, which was quite a rare thing to do back then and appeared regularly on TV.

“I then moved to the Royal Northern College of Music at Manchester where I stayed for 25 years as head of opera music staff and chorus master. I began composing at university and wrote mainly choral works at that time.”

Brian will also be sharing the St Asaph stage with his son, professional clarinettist Daniel and his professional flautist daughter Miriam during the festival’s evening concert on Friday, September 28.

He said: “It’s a mixed programme and, as Family Affair, we will perform some baroque music by Bach, Vivaldi, Brahms and others. And we will also perform alongside soprano Elin Manahan Thomas and pianist Jocelyn Freeman – in fact we are going to close the concert with a real surprise.

“It’s going to be a wonderful evening and one I’m really looking forward to. I always enjoy performing with Daniel and Miriam and we always ensure we perform at least one new piece whenever we work together and St Asaph will be no exception.”

The festival’s artistic director, Ann Atkinson, can’t wait to welcome Brian to the festival and to hear the new composition.

She said: “It’s wonderful that we are welcoming such a prominent composer as Brian to the festival especially as he hails from North Wales.

“It’s an amazing line-up and having Brian Hughes, his son Daniel and daughter Miriam performing alongside Elin Manahan Thomas and Jocelyn Freeman, is just fabulous. We are in for a real treat.

“The theme for the festival this year is Reflections as we wanted to look back on the centenary of the end of the Great War. But that theme also fits in with a celebration of Owain Glyndŵr through Brian’s new work Death of a Skylark. Both the concerts really are going to be superb.

She added: “I’m delighted with the line-up for this year’s festival. The opening night on Saturday, September 15 will feature Côr Glanaethwy, Telynau Clwyd and NEW Sinfonia players, who will perform the world premiere of a new piece for quartet and narrator by Professor Paul Mealor, based on the Kipling poem My Boy Jack.
“We have a concert called Hymn to the Fallen, a programme of remembrance to commemorate the 100th anniversary of the Armistice featuring the popular Voces8.

“International pianist Freddy Kempf will perform a concert of music by Chopin and will also perform Ravel’s Le Tombeau de Couperin, which was written in 1917 and is dedicated to friends that perished in the Great War.

“Our community choir will perform with Welsh National Opera and we have another world premiere, Materna Requiem, by composer Rebecca Dale.

She added: “It’s going to be a very special festival this year. I’d encourage anyone who likes classical and contemporary music to get their tickets as soon as possible to avoid disappointment.” 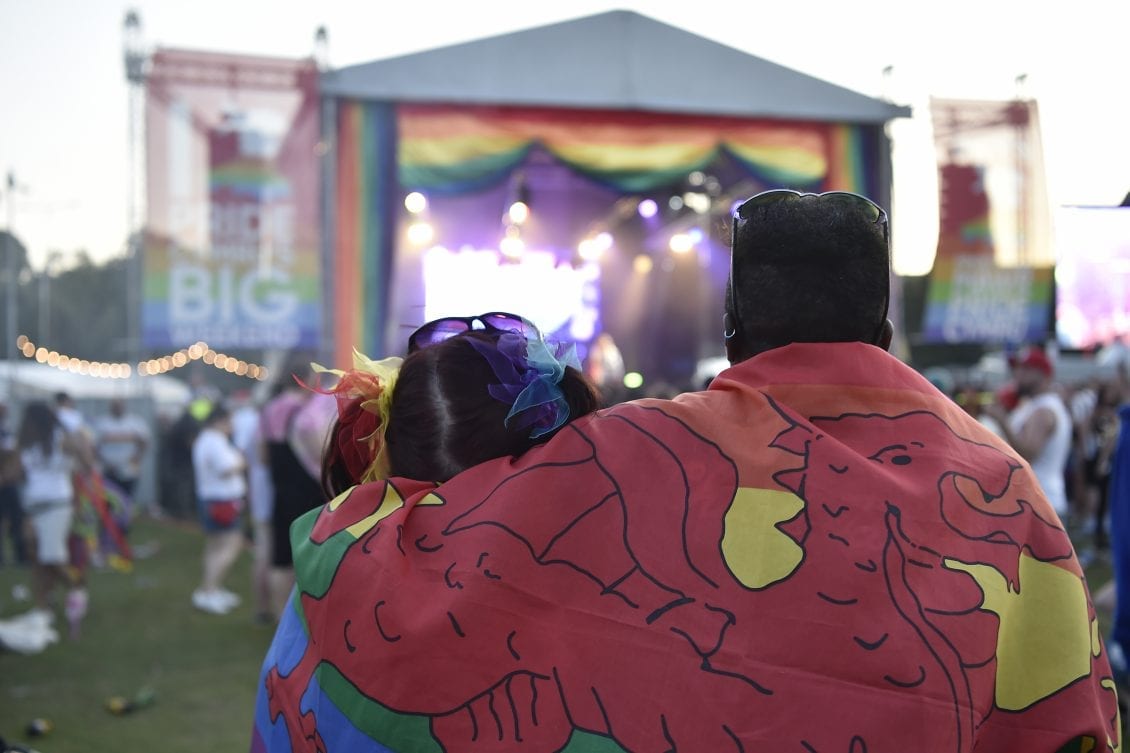 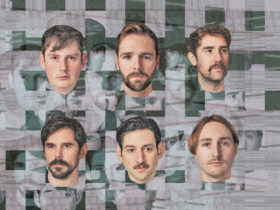 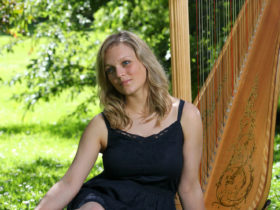 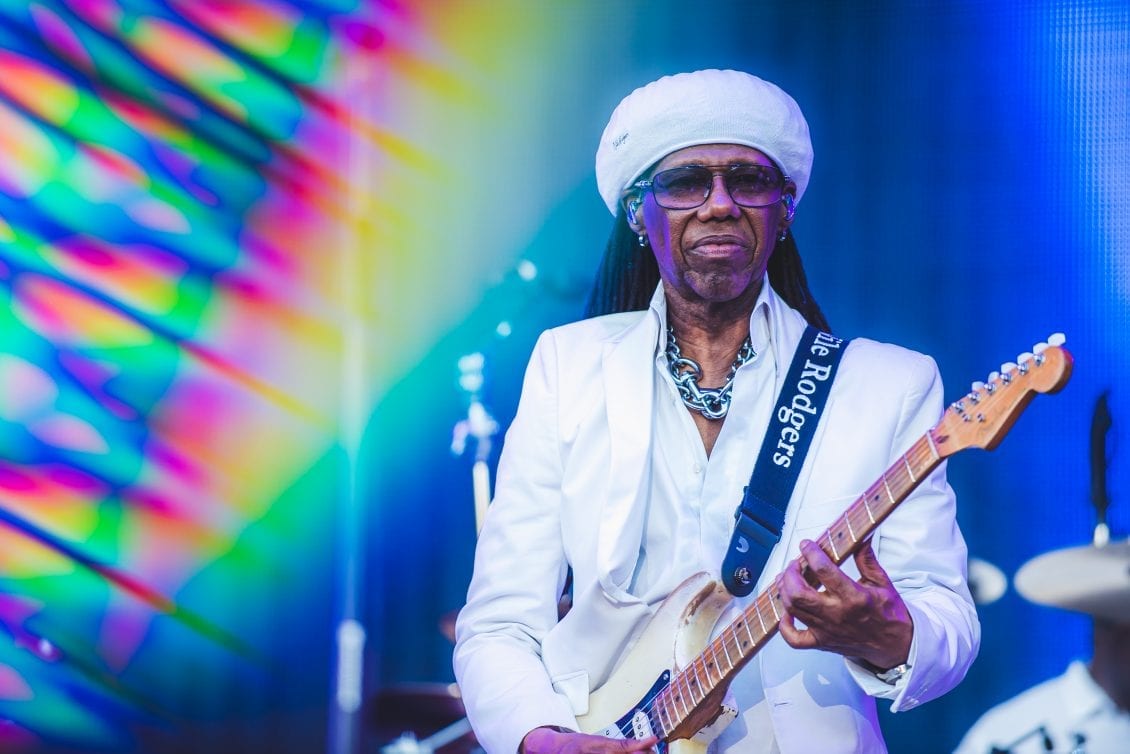 Nile Rodgers and CHIC to headline Swansea this weekend