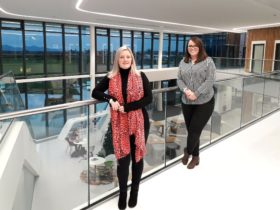 The thriving Welsh technology community is set to celebrate excellence and innovation as nominations officially open for the Wales Technology Awards 2019.

Now in its seventh year, the Wales Technology Awards powered by the ESTnet (the network for the Welsh tech industry), champion the outstanding achievements and innovations made by Wales’ 3,000 technology companies.

Nominations for the prestigious awards are now open, and will remain open until 5 April. The award ceremony itself will take place on 20 June at Cardiff City Hall.

Award categories will cover all aspects of the Welsh tech sector, including the prestigious Sir Michael Moritz Tech Start Up Award and Innovative Product of the Year Award.

“For the past seven years, the Wales Technology Awards have grown into one of the biggest nights of the year for the thriving technology industry in Wales. We received a record number of entries for last year’s awards and were impressed by the quality of the competition from both established organisations and vibrant start-up tech companies.

“However, the awards are much more than simply recognising success within Wales. They also serve to highlight and promote the Welsh tech industry as not only a key part of the Welsh economy, but also as a hot bed of innovation and excellence both across the UK and internationally.

“As such, the awards not only bring together the best minds in Welsh technology, but also wider professional services, academic, investment and entrepreneurial communities that help create the eco-system that is crucial for the industry to thrive.”

For more information about The Wales Technology Awards and how to enter, please visit; http://www.walestechnologyawards.co.uk