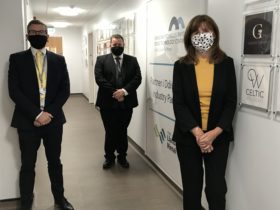 Cardiff-based Orbis Education and Care has bought its first school and residential home in England in a multi-million-pound deal.

Orbis Abbey Rose is in Tewkesbury and will educate and home 30 children who have complex needs associated with autism. The school plans to be fully open in the new year following refurbishments and registration.

The school and residential home, which is situated on a 17-acre site, was formerly known as Southwick Park and was owned by Cambian Group. It was closed in April 2018.

“This is a milestone purchase for the business, not only our first facility in England, but it also further extends our provision for children with specialist needs associated with autism on and near the Welsh border.

“We already have established relationships with Gloucestershire and the neighbouring local authorities and we believe Orbis Abbey Rose will fulfil a real need in the area.”

Mike added: “The building is a former 19th Century house and a grammar school. Its facilities are wonderful, with extensive grounds and a sports hall. It even has a battlefield from the War of the Roses within its gardens, hence the name Abbey Rose.

“We are really excited that we will be opening the doors to this wonderful school soon and welcoming new residents, students and staff into the Orbis family.”

The school was opened by its former owners in 2013 following a £9million refurbishment and was able to house 40 children. Orbis Education and Care plans to remodel the residential part of the school to accommodate 30 children.

As well as recruiting at Orbis Abbey Rose, it is currently recruiting specialist staff to join its schools and care homes around Wales.