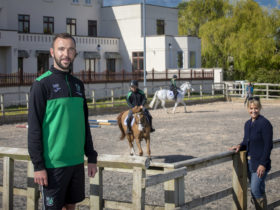 The projects were considered across three separate officer reports to the Planning and Development Committee on Thursday, March 10. Members of the committee decided to grant full planning permission for each application, agreeing with officers’ recommendations which were included in the reports.

The Committee also agreed upon an additional condition for each – for the Council to design, approve and implement local highway improvements, as informed by Safer Routes in the Community assessments in each area.

Each report noted that the developments will utilise an established primary school site, and that each will introduce state-of-the-art facilities for pupils within modern buildings that would greatly improve educational facilities and improve the current schools’ appearance.

The projects, for delivery in 2023/24, will be funded by the Mutual Investment Model – the revenue funding element in Band B of Welsh Government’s Sustainable Communities for Learning Programme (formerly 21stCentury Schools). Residents could find out more and have their say on each project in separate consultations, which ran between October and November 2021.

All three of the developments will also be Net Zero carbon in operation – conforming to the Council’s commitments in relation to Climate Change.

All buildings on site (including temporary classrooms) will be demolished to construct a new school building, sports and recreation facilities, and car and cycle parking – with work also including associated landscaping, drainage and infrastructure. The new building will be two storeys high, arranged with three ‘wings’ off a central heartspace. It will accommodate two rooms for nursery, two for reception, five infant classrooms, nine junior classrooms and a main hall – accommodating 480 pupils (aged 4-11) and 60 nursery places in total.

Hard play areas will be provided around the building with direct access from Foundation Phase classrooms, with the school benefitting from two Multi Use Games Areas (MUGAs) and other informal play areas. The existing vehicle access off Heol-y-Felin will be altered to become the primary access point, with the current Palalwyf Avenue access reduced to pedestrian access only. The site’s two other pedestrian access points will remain. Two car park areas will support 40 spaces (10% of which will include EV charging). The site will also benefit from a Sustainable Urban Drainage System.

The existing school will be demolished, with a replacement building to be constructed on the existing grassed playing field area, on the eastern part of the site. It will be a single-storey building comprising nine classrooms for primary and nursery children – along with a main hall, shared cloakroom spaces, heartspace, changing rooms, kitchen, storage and other facilities. All classrooms will have direct access to the external spaces. The school will be able to accommodate 240 pupils (aged 4-11) plus 30 nursery pupils.

External facilities will include landscaped areas, an amphitheatre, and hard and soft play areas set around the school. Two MUGAs will be built in the school grounds, along with a grass sports pitch (5-a-side) and a 40-metre grass sprint track. There will be storage space for 30 bicycles, and a car park area with 23 spaces (10% of which will include EV charging). The existing site access will remain, with landscaping provided to areas that are not allocated for use. The site will benefit from a Sustainable Urban Drainage System.

All existing buildings on the school site will be demolished, to construct a new two-storey school facility at the north-east corner of the current site. It will be arranged as a central heartspace and three ‘wings’ – accommodating two nursery, one reception, three infant and six junior classrooms, along with a main hall and various supporting facilities and areas. The school will be able to accommodate 310 pupils (aged 4-11) plus 45 nursery pupils.

Hard play areas will be provided east and west of the building with direct access from Foundation Phase classrooms, with a grass sports pitch (7-a-side), two MUGAs and informal play areas in the southern end of the site. The main Burgess Crescent access will be upgraded, along with the secondary pedestrian access off the footpath south of the site. A total of 28 parking spaces (10% of which will include EV charging) and 40 cycle storage spaces will be provided. The site will include a Sustainable Urban Drainage System.

Councillor Jill Bonetto, Rhondda Cynon Taf Council’s Cabinet Member for Education and Inclusion Services, said: “I’m very pleased that three of our exciting school investment projects have secured planning permission, representing a major landmark for each one. This investment in Llanilltud Faerdref Primary, Pontyclun Primary and Penygawsi Primary will create first-class learning environments for pupils, utilising each school’s current site. Local highway improvements, as informed by Safer Routes in the Community assessments in each area, will also be developed.

“The schools were put forward for investment by the Council in September 2020 as they are within areas of rapid housing development, and require investment to be fully-accessible and to bring their facilities up to a 21st Century standard. Residents took the opportunity to find out more and have their say on the plans in a consultation at the end of 2021, which included face-to-face events where the community could ask questions to officers.

“The three Mutual Investment Model projects represent just one element of our ongoing work to deliver major school investment via the Sustainable Communities for Learning Programme. A £60m investment across Greater Pontypridd is being progressed, to benefit schools in Hawthorn, Rhydyfelin, Cilfynydd and Beddau from 2024 – while work is progressing on site to deliver new facilities and increased capacity at YGG Aberdâr and Ysgol Rhydywaun.

“Having been granted consent by the Planning and Development Committee on Thursday, the three Mutual Investment Model projects can now be further progressed towards delivery for the 2023/24 academic year. The Council will keep residents up to date on the next stage of each project in due course.”