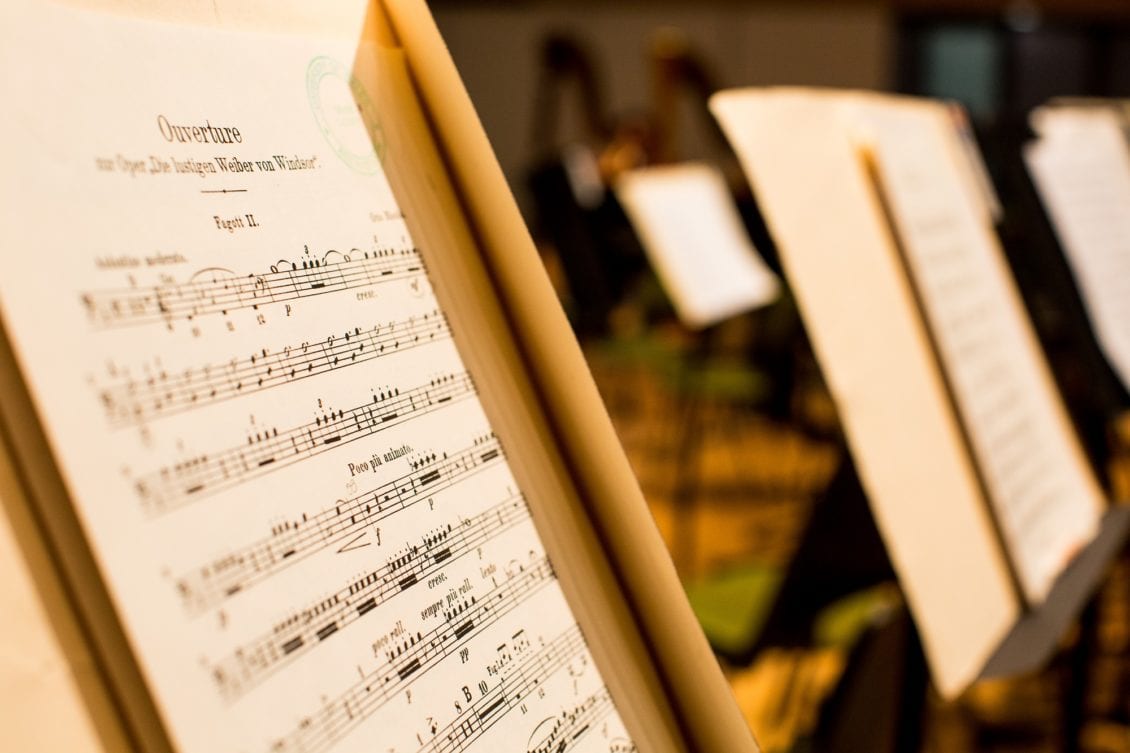 University to appoint new Director/Animateur for its reshaped music provision

INSPIRING students were rewarded for their achievements at a glittering ceremony starring rugby legend Sam Warburton.

On the same day the college announced plans for a £20m revamp of its Wrexham campus, a packed Deeside Sports Hall was transformed into a Hollywood setting as more than 60 learners received prizes.

Categories ranged from work-based learning, services to people and land-based studies, to extra-curricular activities, creative industries and engineering and construction.

More than 400 guests enjoyed a Q&A session between the Cardiff Blues icon and Cambria chief executive David Jones, where the revered openside flanker opened-up about his career, his thoughts on leadership and plans to return to full training in the coming weeks after a lengthy spell out with injury.

“The advice I would have for anyone, especially the students of Coleg Cambria, is to never stop trying to improve,” said Sam.

“What people see on the TV is only 1% of what it is to be a rugby player; to be at the top you have to be mentally strong, resilient and keep wanting to be better, and to win.

“When I was made captain of Wales at 22 years old I was terrified, but I soon realised to be successful you have to rely on the people around you – family, friends, teammates.

“That is the same in any walk of life. Keep learning, keep trying to get better. Even after my injuries I still believe I will come back better, you have to have that hunger to keep achieving.”

Sam’s rousing words were reflected in the achievements of the many students who followed, including Arnold Gupta, who received the Special Award for Academic Excellence having earlier been named Deeside Sixth Student of the Year.

Other major winners on the night were:

There was also a special recognition award for Cambria’s Worldskills team.

Among them was Rona Griffiths, Deputy Director of Curriculum for Learner Experience and Enterprise, who was last year named WorldSkills UK Local Heroes Winner.

Main sponsors Redrow lauded the students for leading the way in North Wales.

Group HR Director Karen Jones said: “Inspiring the next generation is one of our core values and we are always happy to support key partners like Coleg Cambria with initiatives that recognise some of the fantastic achievements of their students.

“We wish everyone the very best in their future careers and endeavours and hope to see some of them in the house-building industry in the near future.”

On the night the audience was treated to a sensational routine from The Greatest Showman by the college’s Performing Arts students, and alumni Michael Jenkins and James Humphreys, both now appearing in the West End.

Mr Jones was “blown away” by the breadth of talent in the room, and the heights both current and past students have reached in Cambria’s short history.

“We celebrate five years this summer, and look how much we have achieved already,” he said.

“We’ve reached the summit of skills competitions, opened cutting edge facilities, led the way in learning and put the health and wellbeing of the Cambria community at the heart of it all.

“For me, this is the highlight of the college year, and I share the pride of the parents, stakeholders and employers here tonight – you are part of this success.

“It’s only been five years but we have been the number one college in Wales for each of those years, and we plan to stay there.

“On nights like this you can see why, and as Sam said, we will keep looking to improve, to better ourselves and grow together for the good of everyone at Coleg Cambria.”