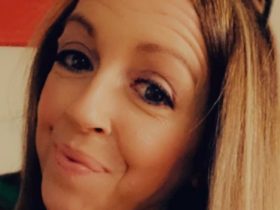 A SCHOOLBOY who had a cardiac arrest on two separate occasions has thanked the paramedic who saved his life – twice.

Ioan Kennard, of Miskin, Rhondda Cynon Taf, was holidaying in Italy last August when he fell unconscious while swimming in the sea.

Quick-thinking Dave Moodley, a Welsh Ambulance Service paramedic who was on holiday with Ioan’s family, stepped in and delivered CPR which saved the 15-year-old boy’s life.

In January of this year, disaster struck again when Ioan collapsed and stopped breathing while walking to catch the school bus.

By chance, an off-duty Dave saw the commotion and intervened once again to successfully resuscitate the teenager.

He said: “I can’t thank Dave enough, not just for what he did at the time but for the emotional support he gave to my family when I was in hospital.”

Ioan was born with a congenital heart defect and had already undergone two lots of surgery in childhood before his sudden cardiac arrest in Italy last year.

His mother Rachael, who was joined on the holiday in Umbria by husband Gwion and the couple’s youngest son Arwel, then 13, recalls: “We’d decided to spend a day at the beach, and after navigating the crowds, the children went to swim in the sea.

“Minutes later, I saw three people pull an unconscious person from the water, and as I ran to help them, I realised it was Ioan.

“My first reaction was to get Dave, who took complete control of the situation and began to perform CPR.

“He later told us he found the experience of saving Ioan’s life a difficult event to process.

“In his words, it was like working on his own son.”

“The fact he had no water in his lungs suggests his cardiac arrest came while he was in the water – but despite his cardiac history, this still came completely out of the blue.

“Fortunately, there were lifeguards on the beach who were able to retrieve a defibrillator that we could also use to deliver a shock to Ioan.”

Ioan was airlifted to Ospedali Riuniti di Ancona hospital where he remained on life support for a week, and spent a further week on a neurological ward before his discharge after an apparent full recovery.

But in January of this year, while walking to catch the school bus with his younger brother, the Ysgol Llanhari pupil collapsed again without warning.

An off-duty Dave, who had just dropped his daughter off at school, intervened for a second time.

“It’s a bizarre sequence of events when you think about it,” said Dave, who joined the Welsh Ambulance Service in 2009.

“I was returning home after dropping my daughter to school when I saw two coaches pulled into a layby, and a schoolboy on the floor.

“I assumed that perhaps he’d been clipped by one of the coaches so I pulled in to help, and that’s when I realised not only that it was Ioan, but that he was in cardiac arrest again.

“I began to give CPR and was supported by an off-duty nurse, who is also a family friend, while someone else went to retrieve a defibrillator.

“As a paramedic in a cardiac arrest scenario, the adrenaline kicks in and you just go into autopilot.

“It was only afterwards once I’d stepped away did it all start to sink in.

“The fact I knew Ioan makes it all the more terrifying.”

Dave says early CPR and defibrillation was the key to Ioan’s survival.

He said: “When someone stops breathing, every second counts.

“Chest compressions are absolutely key, but the fact that there was a defibrillator on scene on both occasions is the reason why Ioan has lived to tell the tale, I feel.”

Ioan was taken to Cardiff’s University Hospital of Wales, where he underwent a procedure to insert two stents in the arteries around his heart.

After six weeks in hospital, five of which were spent in intensive care, he was finally discharged.

The aspiring football coach will likely need more surgery in future but for now, his condition is monitored through an annual check-up at the hospital.

Rachael, a teacher at Coed Glas Primary School in Llanishen, said: “We’ve been friends with Dave for over 10 years but we didn’t ever think we would be on the receiving end of his expertise as a paramedic.

“By sheer luck, Dave was in the right place at the right time and managed to be an integral part in Ioan’s survival.

“Without him, our son would not be alive.”

Last month, Dave – who lives three doors down from the Kennard’s – was presented with a People’s Choice Award at the Welsh Ambulance Service’s staff awards ceremony, where Rachael had this emotional video message for him.

Jason Killens, Chief Executive at Welsh Ambulance Service, said: “Ioan’s survival is testament to Dave’s clinical expertise and professionalism and like Ioan’s family, we’re very proud of Dave for how he handled both situations.

“Ioan’s story also demonstrates the importance of early CPR and defibrillation when someone has stopped breathing – in this scenario, it literally was the difference between life and death.

“Ioan is a remarkable young man and we wish him all the very best for the future.”