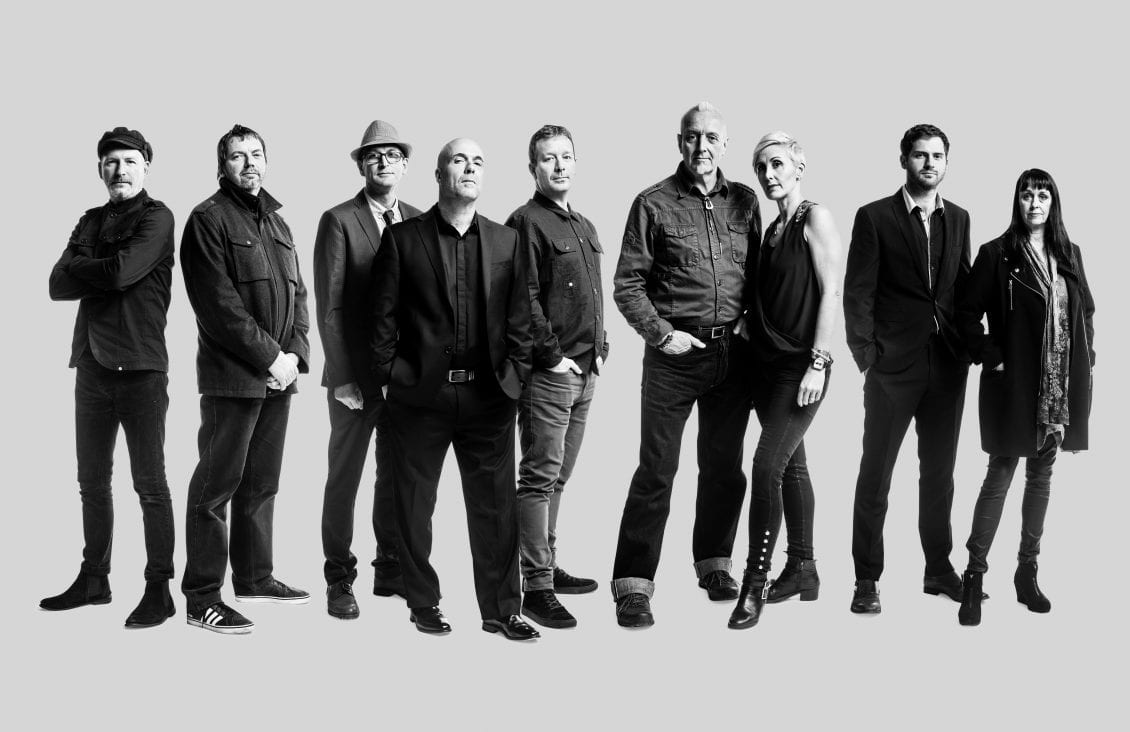 Members of The Beautiful South reunite for live show

A group of artistic care home residents have created a spectacular display of hundreds of forget-me-nots to remember the soldiers who perished in the First World War.

The vibrant blue flowers will be used to decorate the pillars at St Asaph Cathedral during the North Wales International Music Festival which gets under way on Saturday (September 15).

The flowers vary in size, from half an inch across to two feet in diameter.

Among those who never returned were nearly 50 servicemen from St Asaph whose names are commemorated on the city’s cenotaph.

They included Private Hubert Stanley Belcher whose father was the organist and Master of Choristers at the cathedral, where the festival is being held and Lieutenant Henry Laidley Garland Edwards, whose father, George, was the Bishop of St Asaph and became the first Archbishop of Wales in 1920.

The theme of the festival is Reflections and the programme has been designed to remember the 100th anniversary of the Armistice.

The event, which runs until Sunday, September 30, is being supported by the Arts Council of Wales and Tŷ Cerdd.

The forget-me-nots have been made by residents from the Pendine Park care organisation in Wrexham which is sponsoring the final concert of this year’s festival via the Pendine Arts and Community Trust.

“Our residents have taken on the task of providing some of the art work for the festival alongside other commissioned artists.
“We came up with the idea of making forget-me-nots as it’s a flower that symbolises remembrance. Soldiers writing home from the front would draw forget-me-nots onto their letters.
“We are making forget-me-nots of different sizes using card which residents are painting with each flower having a centre collage of images from the Great War including subjects such as women at war, soldiers, rationing and industry.
“And to go with the song ‘Pack up your Troubles’ we have made three small suitcases which are covered in a collage of images and writing from the time.
“Each suitcase has a trail of tiny forget-me-nots going across and inside them that two residents, Tony Ithell and Mike Blakely, have meticulously and painstakingly created.
“Residents have been really committed and focused on the task and everyone has played a part.
“Those that can’t physically do anything to help have chosen the images for the collage; some have cut images out and others painted the petals. It’s been a fabulous team effort.”

She added: “I’m really proud of what they have achieved alongside the Pendine Park enrichment team who have been equally committed and fully supportive of the project.”

Enrichment and activities co-ordinator Chris Lewis, said: “Everyone has worked together and come to art classes to get involved. The forget-me-nots are looking really good. We have made so many I think we are all dreaming of forget-me-nots now!”

Penybryn Care Home resident Laura Stephenson really enjoyed being involved in the project.
She said: “Making the flowers has been special and I’ve liked working with everyone else. I’m very proud of what we have done and I think it will make the cathedral look very nice.”

Bryn Bella Care Home resident Sian Ferrier, 47, says no one should forget the sacrifice people made in the Great War.

She said: “They gave their tomorrows so we could have our todays. Making these flowers has been really good and taught me a lot. I have done a lot of painting and helped with the collages.

“I have even got up earlier than normal to get on with the job. I think it’s an important project and something really worthwhile.”

Penybryn Care Home resident and stroke victim, Tony Ithell, 61, who originates from Ellesmere Port, made hundreds of tiny forget-me-nots that will be used to decorate the suitcases.

He said: “I’ve pressed out around 800 so far using blue and yellow card and then fixed the two parts together. I’ve worked with my friend Mike Blakely and we have really enjoyed it.

“It’s really important to remember the war and what people did. The cathedral is going to look really good when we have finished.”

The festival’s artistic director, Ann Atkinson, was delighted to have the support of Pendine Park Care Organisation.

She said: “As well as sponsoring our final concert Mario Kreft MBE and his wife Gill have been creative partners in our education project ‘Forget me not’. They realise the benefits this project will bring to their residents.

“The festival itself, supported by the Arts Council of Wales Go and See First World War Commemoration Activity fund, is working with seven Denbighshire primary schools and some adult groups. The fruition of the project will be on Monday, September 24 in St Asaph Cathedral.

“We really are grateful for the support of Pendine Park Care Organisation and the work residents have done in creating the forget-me-nots, suitcases and collages. The cathedral is going to look spectacularly good.”
Tickets are available online, from Theatr Clwyd, Mold – 01352 701521 or Cathedral Frames, 28 High Street,

Shoppers get a taste for local produce during Welsh Food Fortnight