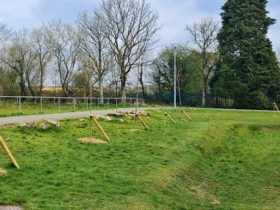 The new Rainbow Coalition administration at Neath Port Talbot Council has indicated it wishes to review the decision taken in respect of school reorganisation in the Swansea Valley. It seeks to establish if alternative ways to bring 21st Century School standards to the Swansea Valley can be achieved which would be more acceptable to the community.

The decision triggered a process of communicating with local schools around the next steps and general planning for the construction of the new school and swimming pool.

A successful tender exercise took place to secure a contractor to begin stage one of a two stage process.

Under the council’s own procurement rules it has been necessary to approve the appointment of the contractor to undertake Stage 1 contract works only, with no obligation on the council to proceed to the second stage. Stage 1 includes developing the design information; carrying out assessments of traffic and site conditions; ground investigations; and obtaining planning approval.

This first stage contract does not commit the council to construction of the school and pool, with a further contract being entered into at Stage 2, which is the actual construction phase.

Allowing stage 1 works to progress will ensure that the opportunities to meet the timescales of the October 2021 decision could still be realised if a review does not highlight any changes are needed to the project.

This will avoid further anxiety for the school staff and families due to unnecessary delays, particularly important for those pupils in Godre’rgraig Primary School who are currently educated in temporary accommodation awaiting the new school.

Neath Port Talbot Council will now start discussions with Welsh Government Ministers to establish what information they might require from the council. This will inform the consultation process which the council will undertake with stakeholders.