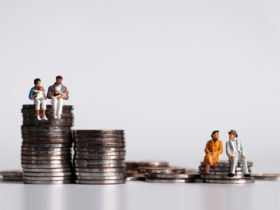 Do you know a young person who is changing your community and improving lives? Celebrate their achievements by nominating them for a 2021 Diana Award.

This year is especially significant as July marks what would have been Diana, Princess of Wales’ 60th Birthday.  The Diana Award is the only charity in memory of the late Princess and her belief that young people have the power to change the world.

Successful nominations will be honoured at a virtual award ceremony in the summer and will pay tribute to Diana, Princess of Wales in the days leading up to what would have been her 60th birthday.
Last year, The Duke of Sussex, Dame Emma Thompson DBE, Liam Payne, Will Poulter, Dan Smith from Bastille and more surprised 2020 recipients in the first Diana Award virtual ceremony.

Research from The Diana Award demonstrates that, despite the pandemic, the vast majority of young people want to make a positive impact on society. Nominating them for The Diana Award is the most prestigious platform to celebrate their achievements.

The Diana Award is the highest accolade a young person can receive for their social action or humanitarian efforts. The youth charity, of the same name, benefits from the support of The Duke of Cambridge and Duke of Sussex, is urging communities across the globe to nominate a young person who deserves to be recognised.

“COVID-19 has upended lives around the world. But with great challenges, come opportunities to make great change. We need your help to find the next generation of local young heroes changing the world around them.” Tessy Ojo, CBE, CEO of The Diana Award.

Recipients of the award have demonstrated their ability to inspire and mobilise their own generation to service their communities through campaigning, volunteering, fundraising, fighting injustice or overcoming extreme life challenges.

Samantha Goad, 19 from Anglesey received the Diana Award in 2019.

Samantha coaches young people at the Isle of Anglesey Friday Fitness Project, running sessions delivered by and for young people. Samantha delivers sports programmes and organises steering groups in primary and secondary schools, leisure centres and throughout her community. She attends training and workshops to improve her sports leadership skills in order to maximise her impact. Samantha is passionate about getting more women and girls active and has inspired hundreds of young people across the local authority. She has worked with key partners on a national level, obtaining grants and ensuring community voices are heard, in order to tackle obesity and encourage an active lifestyle.

Bethany Francis, 18 from Ceredigion received the Diana Award in 2019.

As a baby, a road traffic accident left Bethany permanently paralysed. Making sure nothing gets in her way, Bethany has become an active and dedicated volunteer for Back Up’s under 18 services. Bethany volunteers in many ways, including mentoring other young people to help them adjust to life after a spinal cord injury. She has taken on various fundraising challenges, including swimathons and participating in ‘The Snowdon Push’, to raise money for Back Up. Bethany’s commitment ensures support from Back Up can continue, giving other children and young people a voice as well as increasing their independence.

Elan Môn Gilford, 21 from Llanfairpwll, Anglesey received the Diana Award and went on to received the coveted Legacy Award in the same year from HRH The Duke of Cambridge and Duke of Sussex.

Elan is deaf, wears two hearing aids and relies upon lip-reading. Whilst this might be seen as a potential barrier Elan has never let it stand in the way of both her own sporting achievements and inspiring others, saying “if I can gain such skills, anyone can with hard work”. Elan is an exceptional sportswoman and coach who has helped thousands of young people across Wales build confidence and skills through sport. Dedicating over 1500 hours to coaching multi-sport and netball sessions, she is credited with boosting children’s participation in sport across North Wales and never lets any child leave one of her sessions feeling that they aren’t good enough, finding something positive for them to focus on with remarkable results.  In addition to her volunteering Elan is also committed to promoting sport across Wales, including the benefits of a healthy lifestyle.

All 2021 Award recipients will also be considered for the biennial Legacy Award later this year, which was set up in the 20th anniversary of Princess Diana’s death to celebrate the achievements of twenty exceptional young changemakers from across the world.