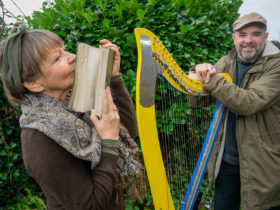 Pride Cymru’s Big Weekend 2018 will take place this weekend (24 -26 August 2018). The Big Weekend is a celebration of inclusivity and diversity, held annually by Pride Cymru. 40,000 people are expected to attend the event on Cardiff City Lawns over the weekend.

Derrick Barry, Courtney Act, Sonique and Gabrielle are amongst this year’s acts who will be performing.

There will also be entertainment from Glee Comedy Club, a Cabaret Stage, a UV Roller Disco, a Bingo Lingo takeover and beach party. As well as this, there will be food and drink, market stalls and a family area at the event, which will run on August Bank Holiday weekend.