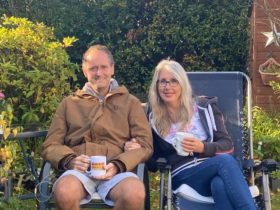 Since the start of the pandemic, parks have played an important role for communities the length and breadth of the UK.

Now, those communities have spoken with the vote for the 2021 People’s Choice Awards, run as part of the Green Flag Award scheme, the international quality standard for parks and green spaces, which is celebrating its Silver Jubilee this year.

During October, the public were invited to vote for their favourite park and more than 32,000 did just that. Among the nation’s favourites is first-time Green Flag Award winner the National Memorial Arboretum in Staffordshire.

The People’s Choice ten most popular parks and green space are:

“The Green Flag Award includes some of the country’s best-known and iconic parks as well as community green spaces and university campuses.

“To be voted one of the nation’s favourite parks is a real achievement and testament to all the hard work done by the thousands of parks staff and volunteers up and down the country who work tirelessly to make their parks fantastic places that everyone can enjoy.”

This year, 2,127 parks and green spaces met the standard of the Green Flag Award and, as it marks its 25th anniversary, in addition to the People’s Choice, Awards were presented in various categories including Most Improved Space, Best Promotion, Young Volunteer of the Year and Team of the Year.