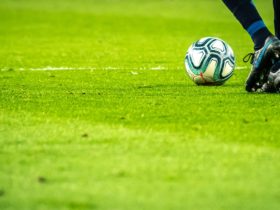 Will Bale be given another chance at Madrid when he returns?

Euro 2020 is on its way and countries are busy making their final preparations. Squads are being announced and the final set of friendlies being played. On June 2, Wales travel to Nice to take on the current world champions, can they beat the odds and get a win?

Wales had a tough qualifying group but eventually made their way into their second European Championship finals in a row. It looked as if the play-offs might be needed but no one will forget the 2-0 home win over Hungary that confirmed second spot behind Croatia.

There are odds available at the very best of sportsbooks. With William Hill bonus for the UK players, you can receive £30 in free bets that you could be using on the upcoming Welsh matches.

If making predictions for Euro 2020, it’d be asking a lot to see Wales make it to another semi-final this summer. Making it to the finals has been so important for Wales. They had failed to qualify for the 2018 World Cup finals (the long wait to get to those finals goes on) but the past season or so has been good for Wales.

Not just getting to Euro 2020 but also being promoted to Group A of the UEFA Nations League. Now comes the hard work of preparing for and then having a good Euro 2020. This friendly against France comes just three days after the squad for the finals is announced by interim manager Robert Page.

There are still worries about the fitness of defender Tom Lockyer, who had ankle surgery at the start of April. Midfielder Joe Allen has been having hamstring and calf issues. Those happened during the 3-1 loss to Belgium and ended his season.

It’s going to be important to get some time on the pitch for Allen with the finals so close. After this match, Wales complete their Euro 2020 preparations with a home game against Albania on

Page may well have been smiling on the final day of the English Premier League. Gareth Bale scoring twice for Tottenham was a great sight to see. He hasn’t had a tough season with the Premier League side, spending a lot of time on the bench. His club future may be uncertain but in terms of international football, hopefully a big Euro 2020 is on the way.

Hopefully, he will start this game against France, and it’d be a massive confidence boost If he can get on the scoresheet. Wales do need to score more goals in the coming weeks. Only once in their last 11 internationals has the Welsh side scored more than one goal in a game.

That was the 3-1 home win over Finland in the UEFA Nations League. That failing to score more than one in a game has come up in all but two of the last 16 away games. It’s a trend that Wales need to improve on, tough that might be tough in France.

Wales can boast that they have a good defence. 10 clean sheets in the last 13 played is an impressive record. Even more so when two of the three countries that scored against them were away games against England and Belgium. If that kind of record can be maintained, then the likes of Bale, Ramsey. Moore and Wilson can just get the vital goals that win a match.

There have only been five previous internationals played against France. Of those, only one has been won by Wales, a famous away win in 1982. Ian Rush scored the winner in that match, oh for a striker like him this summer in a Welsh shirt.

The most recent meeting between these two countries was in 2017 when France got a 2-0 home win thanks to goals from Giroud and Griezmann, both still in their squad.  Both are dangerous too, Griezmann has two goals in his last three games and Giroud scored twice against Sweden last November. As with all the other games played between France and Wales, that was a friendly game. What are the odds on the first competitive international taking place at Euro 2020?

France are the joint favourites to win Euro 2020 at top UK bookmakers. Doing so would make them World and European champions at the same time.  They are unbeaten in their last five games, since a surprise home friendly defeat by Finland. That’s the same Finland that lost 3-1 in Wales last year.

The French side will be extra keen to get some good form before the European Championships begin. They’re in the Group of Death with Germany, Portugal and Hungary.  They will be need to hit top form right away, so that puts them in an awkward situation here.