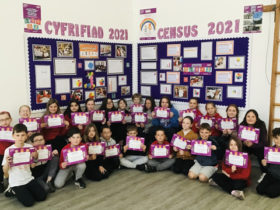 Rhondda Cynon Taf Council will implement new traffic arrangements through the centre of Abercynon from Thursday (June 25), including the new one-way system coming into effect – as part of an effort to improve traffic flow in the area.

During September 2019, the Council started a three-week consultation with residents over proposed significant highway improvements – and received largely positive feedback from 136 people who attended a public exhibition and 61 others who contacted the Council separately. Work started on site in February 2020, towards making the following changes through Abercynon:

Work to the Station Road/Ynysmeurig Road junction was completed during February 2020, and activity towards implementing the one-way system has been ongoing since. While work has progressed in recent weeks and months, the scheme has been delayed due to the Coronavirus national emergency.

Work on the build-outs at the lower section of Margaret Street is being finalised during the week commencing Monday, June 22.

The one-way system and associated waiting restrictions will come into effect from Thursday, June 25, with signage following to implement the new 20mph speed limit in the centre of Abercynon. While Officers will be on site throughout to oversee the one-way system coming into effect, residents and road users are advised that some traffic disruption is inevitable as road users become familiar with the new arrangements.

Once this is implemented, the wider scheme will continue in order to remove the current bus stop at Water Street, and complete the build-outs to the upper section of Margaret Street. Signage will also be installed to indicate the new 20mph speed limits coming into effect through Carnetown and Glancynon.

This scheme has been wholly funded by Welsh Government, utilising funding for the 2019/20 financial year. The Council would like to thank residents and road users for their continued cooperation, as these works are implemented for the benefit of the community through this busy area.