Twins whose father died of a brain tumour are starring in a marketing campaign which will raise funds to help find a cure for the disease.

Jasmine and George Walker, aged 13, are featuring in this year’s national Wear A Hat Day campaign by the Brain Tumour Research charity.

The Bridgend siblings are among a handful of children who were invited to take part and their images will be seen across the country as the campaign is launched ready for Brain Tumour Awareness month in March. Like Jasmine and George, all the children have either been bereaved by a brain tumour, are living with a brain tumour or have a close family member who has been diagnosed.

The kids are donning their best headwear from beanies to cowboy hats, trilbies to Panamas, baseball caps to novelty headpieces, and are asking others to join them for Wear A Hat Day 2019, the UK’s premier brain tumour awareness event. This year, it takes place on Friday 29 March and is expected to smash all records as it marks its 10th year.

Jasmine and George were just eight years old when their dad Hugh Walker died. Hugh, who had worked as a foreman at Welsh construction company Jehu for 10 years, was diagnosed with a brain stem tumour in May 2013. Despite enduring radiotherapy, he passed away just four months after his diagnosis, aged 46.

Amanda Walker, Hugh’s widow and mum to the twins, said: “Losing Hugh was so cruel.  He had always been such a fit man – always out on his bike or doing practical things for his family.  But just a few weeks after diagnosis he was no longer able to do anything for himself and became bedridden, yet he still had his memory and all his mental faculties.  It must have been such torture for him, yet he never complained.

“It was obviously hard for the little ones to see their beloved Dad confined to bed relying completely on others, but when he did pass away I think it helped them to realise that, because he was so poorly, it was the best thing.”

Amanda added: “I’m so proud of Jasmine and George for being part of the Wear A Hat Day campaign. It means so much to my family and me to help contribute towards a cure, so it’s an honour to have them take part. They had such a fun time at the photoshoot too and it will be a lovely memento for them to look back on.”

Wear A Hat Day also has the backing of supermodel, businesswoman and brain tumour survivor Caprice who underwent surgery to remove a meningioma brain tumour two years ago. A patron of Brain Tumour Research, Caprice plays a key role in raising awareness of the disease and campaigning for the government and the larger cancer charities to increase national investment in research. Also supporting this year’s fundraiser is Strictly Come Dancing finalist Debbie McGee who lost her superstar magician husband Paul Daniels to the disease three years ago.

Corporate supporters already signed up for the fundraiser include Specsavers, Hobbycraft, and Venture Studios – the latter worked with families across the UK who have been affected by brain tumours to create the stunning portraits used in the campaign.

Also taking part will be hundreds of schools, workplaces, and individuals who will don their hat of choice and hold a whole host of hat-themed fundraising events in support of Brain Tumour Research.

Sue Farrington Smith, Chief Executive of Brain Tumour Research, said: “We are extremely grateful to the Walker family for helping us to launch Wear A Hat Day 2019. I know that people will be both distressed and inspired to hear the stories of all of these families who, like my own, know the pain of a brain tumour diagnosis.

“We are entirely committed to easing this pain by improving treatment options for patients and, ultimately, finding a cure. Brain tumours kill more children and adults under the age of 40 than any other cancer yet, historically, just 1% of the national spend on cancer research has been allocated to this devastating disease; Brain Tumour Research is proud to be changing this.

“The sad truth is that brain tumours are indiscriminate and can affect anyone at any age and this means the impact on families is enormous. Too many children are losing siblings, parents and grandparents, too many parents are enduring the agony of their child’s diagnosis, and society as a whole continues to bear the burden of increased costs through the NHS, lost taxes, and demands on the benefits system.”

Wear A Hat Day has raised over a million pounds since Brain Tumour Research was launched 10 years ago and is the culmination of Brain Tumour Awareness Month in March. The big day will see schools, workplaces, families and individuals across the UK fundraising and taking part in fun events to raise awareness of brain tumours and help fund life-saving research.

Funds raised will develop the charity’s network of world-class brain tumour research centres in the UK where scientists are focused on improving outcomes for patients and, ultimately, finding a cure.

To get involved, or donate, please visit: www.wearahatday.org 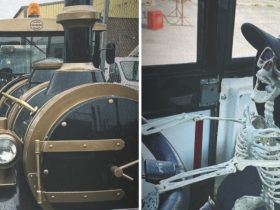 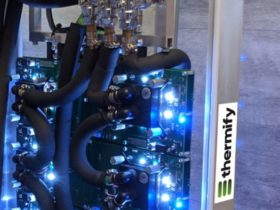