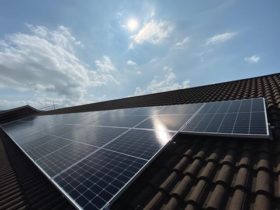 Merthyr energy project to save £136,000 on energy costs

A memorial has been unveiled in Abergynolwyn village to mark Llechi Cymru,  Slate Landscape of North West Wales, being designated a UNESCO World Heritage Site.

Bryneglwys Slate Quarry, Abergynolwyn and Talyllyn Railway formed an integral part of the successful bid as the central hub of the slate industry in Southern Snowdonia.

The bid was led by Gwynedd Council in partnership with Cadw, the National Museum of Wales, Royal Commission on Ancient and Historical Monuments in Wales, Bangor University, The National Trust, the Slate Wales Partnership and Snowdonia National Park Authority.

Llechi Cymru is the 32nd UNESCO World Heritage Site in the UK and the fourth in Wales, alongside Blaenavon Industrial Landscape, the Castles & Town Walls of King Edward in Gwynedd and the Pontcysyllte Aqueduct.