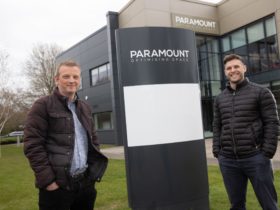 Police in Cardiff are appealing for information after two vehicles parked at an address in Rumney were shot at.

The vehicles, a car and a motorhome, were subsequently found to have been damaged by bullets.

Detective Inspector Paul Raikes, who is leading the investigation, said: “This was a frightening incident for the family concerned and the wider community will understandably also be very concerned.

“Thankfully no-one was injured, but I would like to reassure the public that we are doing all we can to find those responsible and the weapon used as a matter of urgency.

“A section of Greenway Road and Trowbridge Road currently remains cordoned off while enquiries continue, and I would appeal to anyone who witnessed anything suspicious around the time of the incident – however insignificant it may seem – to contact us.

“I’d particularly like to hear from anyone who may have seen anyone acting suspiciously near the address or anyone who has CCTV or dash-cam footage which may assist the investigation.”