The latest NatWest Wales PMI® data, private sector business activity expanded in May, as has been the case since July 2016. However, growth slowed amid a softer gain in new business. Nevertheless, employment rose to a quicker extent, while business confidence strengthened to a one-year high.

The headline Wales Business Activity Index – a seasonally adjusted index that measures the combined output of the manufacturing and service sectors –  registered 51.2 in May. This was down from 53.0 in April and signalled the slowest upturn in private sector activity in five months. Nonetheless, Wales outperformed the UK overall, as it has done in each month thus far in 2019.

By sector, weakening growth trends were apparent across both manufacturers and service providers, with the latter observing the quicker increase in output during May.

Contributing to the slower rise in activity was weaker growth in new work. Demand improved marginally in May and at the slowest rate in four months. Some firms mentioned that general underlying weakness at key client bases had restrained sales.

That said, the only parts of the UK to record faster growth in new business than Wales were London and Yorkshire & Humber.

A second straight monthly decline in backlogs of work was registered in May. Overall, the rate of depletion was modest, despite accelerating to the strongest for almost one year. Capacity pressures were alleviated to a stronger extent at the UK-wide level.

Despite slower new business growth and falling volumes of outstanding work, private sector employment in Wales increased at the quickest pace since last December. Sector data revealed that the upturn in staffing levels was driven by job creation at manufacturers, offsetting employment cuts at service providers.

There was a notable improvement in business confidence during May, with optimism reaching a one-year high. Confidence was the strongest at manufacturers, but more upbeat expectations were also apparent at service providers. New product launches and capacity improvements underpinned the optimistic outlook.

“Despite a slowdown in activity growth, Wales remained among the strongest performing regions in the UK during May. A moderate rise in business activity extended the current sequence of expansion to almost three years, which was supported by another rise in new orders. Moreover, the pace of employment growth accelerated in the latest survey period, reaching the quickest for five months.

“A rounded and positive performance for the private sector economy saw confidence among firms rise to the highest level for a year. Sentiment among good producers and service providers continued to climb.”

Nick Stamenkovic, Natwest senior economist, added: “Business activity slowed to a five-month low in May, dragged down by weaker new orders, but employment picked up and business confidence reached a one year high”.

More work to be done to shore up business in Wales 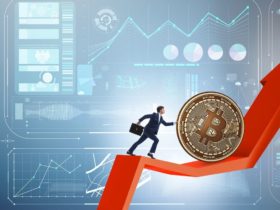 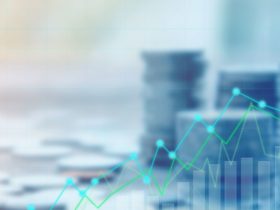