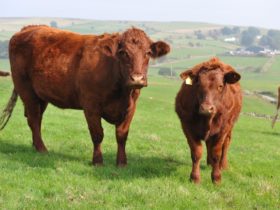 Spirits, cider, bottled water, and low alcohol and alcohol-free beer are some of the key areas of growth across the Welsh drinks sector. That’s according to the voice of Wales’ food and drink sector, the Food and Drink Wales Industry Board (FDWIB), who last month announced the launch of the Drinks Strategy for Wales.

The Growing the Drinks Industry in Wales Strategy was unveiled at an event held by the Food and Drink Wales Industry Board to celebrate the collective work of drinks companies across Wales, led by the Drinks Cluster, as well as the FDWIB and Welsh Government.

The Welsh Drinks Cluster was established in March 2017 by Lesley Griffiths, Cabinet Secretary for Environment Planning and Rural Affairs, to raise the profile of the Welsh drinks sector and to lay out the direction for the industry which is growing in diversity as well as commercial value. The industry makes a significant contribution to the Welsh economy with a turnover in excess of £800 million and a Welsh retail sales value of over £950 million. The sector now covers a broad range of subsectors including beer, cider, wine, spirits, bottled water, soft drinks, fruit juices, hot drinks, dairy and non-dairy drinks.

Last month’s event, which took place at one of Wales’ leading independent breweries, Newport based Tiny Rebel, was attended by drinks producers including Rhymney Brewery, Hensol Castle Distillery, and White Castle Vineyardas well as members of the Food and Drink Wales Industry Board.

The inaugural Drinks Cluster strategy details significant areas of growth within the industry such as spirits and low alcohol beer. There has been substantial growth in the sales of gin and rum while sales of no or low alcohol beer has out performed others in the beer and ale category, albeit from a low base. The sector also has its challenges, however, with ale consumption in decline, a concern for the many brewers in Wales and therefore a key future area of focus for the cluster.

Analysing barriers to growth and the challenges faced by Welsh drinks companies was a key area of focus within the strategy document. Some of the obstacles identified within the report include skills shortages, access to energy, changing consumption patterns and the decline of pubs and traditional on-trade outlets. Other factors included regulatory issues such as the sugar tax, minimum pricing on alcohol and consumer attitudes to plastic.

In response to the concerns felt by drink producers across Wales regarding the skills shortage, engagement has begun with the National Skills Academy for Food and Drink. This collaboration will result in the first ever bespoke provision of technical training requirements for Welsh brewers in partnership with Brewlab – a leading provider of training and analysis services for the brewing industry.

Collaborative working is a key theme within the report as a route to sustainable growth and success within the industry. Engagement within the Welsh wine sector has led to extensive collaboration with the Welsh Vineyard Association and its members, resulting in the Welsh Wine Strategy and the Welsh Wine Adventure. The latter of which took leading Welsh producers to a number of large industry events including the London Wine Fair and the Wine GB Tasting Event – both of which have magnified a national interest in Welsh wine.

Commenting on the Drinks strategy launch, Andy Richardson, Chair of the Food and Drink Wales Industry Board, said:

“The development of the drinks sector strategy marks a key stage of the Drinks Cluster’s journey. Initial cluster activity has revealed a number of strategic priorities which respond to the industry’s strengths, weaknesses, opportunities and threats. These priorities have been identified as innovation, scale up, marketing and skills.

“The next step for the cluster will involve working within Special Interest Groups to develop an identity and marketing strategy tailored to each sector’s positioning and needs. Our aim is that by working together on the key strategic priorities we will; help build Welsh drink brands both at home and abroad; improve skills and knowledge across the sector to support innovation and increase the environmental performance of the drinks industry.”