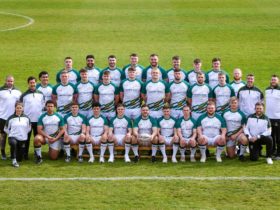 The Wales national team will return to Wrexham’s Racecourse ground for the first time in 10 years for an open training session on 21 May ahead of their international friendly against Mexico in LA on 28 May.

The training session is free to attend and will give fans from the local area and beyond the opportunity to see the national team train at one of Wales’ most historic football grounds. The team last played at the Racecourse in 2008 in a friendly match against Norway where Fletcher and Koumas both scored in a 3-0 victory.

Ryan Giggs, the national team manager, put forward the idea of returning to the Racecourse to play again:

“I have some wonderful memories of playing at the Racecourse and of watching Wales duringthe 1980’s when I was growing up. The 3-0 victory against Spain in 1985 where Ian Rush scored twice alongside Mark Hughes particularly inspired me as a young boy.

“It’s fantastic to return to a stadium that has so much Welsh football history. Even though it’s notpossible to stage a game there at the moment, this training session will give the current squad a chance to be a part of that history and will hopefully give as many fans as possible in North Wales the opportunity to see the team in action.”

The training session will take place at 10:30am and is due to finish by 12:30pm. The event is free to attend and tickets will be allocated at the turnstiles on the day, on a first come first served basis.