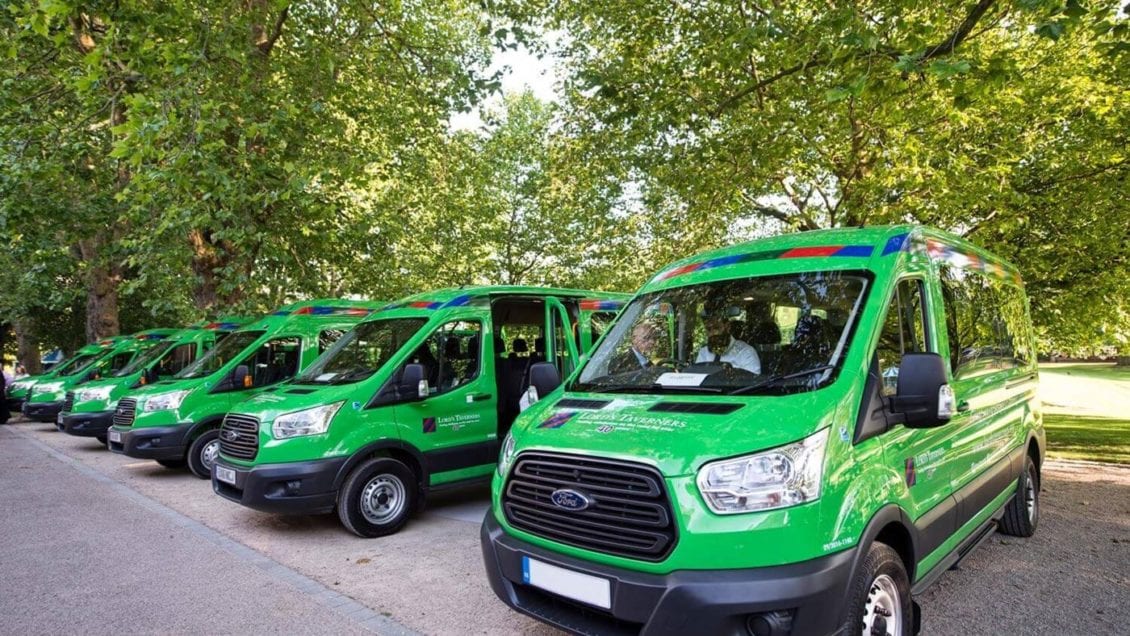 A Fairbourne man has raised funds for the nurses who cared for his dying mum – by climbing the three Welsh peaks in one night.

The group, founded by John Ridgers, is based on military ethos but allows civilians to join.

The 23 tabbers were split into self-sufficient patrol units, each with their own vehicle and each responsible for their own navigation, supplies and equipment, but all under one safety umbrella and group communications.

Marie Curie cared for Andy’s mum in her final weeks, and provides care and support to people at end of life in their own homes across North Wales.  The charity also has an Information and Support line available to anyone dealing with a terminal illness or bereavement.

“The rising full moon lit the skies and would prove to be our constant companion, not only on all three mountains, but also on the driving from Snowdonia to the Brecon Beacons.  Although the group had trained and was prepared for all weather conditions, it was awesome to tab under the stars, and on such a relatively still night – until we got to Cader Idris.

“As can often happen on our mountains, Mother Nature and the weather gods had a surprise instore with gale force winds on the ascents of both Cader Idris and Pen y Fan.  As is usual with our style of mountain adventures, much of it will remain secret (especially some of the language), but suffice it to say that we enjoyed the challenge immensely.”

Andy raised £500 for Marie Curie, with others raising funds for charities including Pilgrim Bandits, Mind, and Ukraine Crisis Appeal.

“I would like to thank all of our sponsors, but especially every other member of the group who joined me on this challenge – you were totally awesome.  I did say that there would be whisky pain relief and bara brith breakfast at Pen y Fan.”