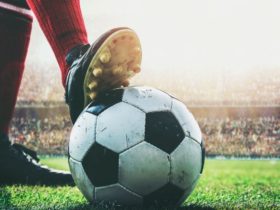 Euro Championship – Which national team will score the most goals?

Gareth Bale has impressed during his loan spell at Tottenham this season. Bales was originally in and out of the squad due to a combination of injuries and falling out of favour under Jose Mourinho.

But the Welsh international has taken his chances late in the 2020/21 season. In 32 appearances, Bale has scored 14 goals and made three assists in all competitions. He recently put in a man of the match performance in Spurs’ 4-0 win against Sheffield United in the Premier League, proving he still has the capabilities to perform at the top level.

With his pending return to Real Madrid at the end of the season, Los Blancos boss Zinedine Zidane could be tempted to men the rocky relationship with the best Welsh player in recent memory by giving Bale another shot at working his way into the starting 11. We wouldn’t hold our breaths though, as bookmakers at https://www.betting.co.uk/ are in agreement that their tenuous relationship with Zidane, coupled with Bale’s agent stoking the fires mean his road back into the squad will not be an easy one.

Bale’s relationship with Madrid was frosty for some time before the Welshman returned to Spurs on a season-long loan in the summer transfer window.

In the 2019/20 season, Bale made just 20 appearances for Los Blancos and scored two goals. Ongoing injury problems throughout the season played some part in Bale’s omission from the squad earlier in the season. But he was limited to just one start in his last 13 La Liga matches towards the end of the 2019/20 campaign. In the final game of the season, Bale did not even make the matchday squad, which raised question marks about his future at the club.

Bale fell out of favour under Zidane last season, and it appeared that Bale was losing interest in working his way back into the team. This contributed to a tense relationship between the two figures and contributed to Bale’s move away from Madrid last summer.

However, any concerns over Bale’s ability and fitness have been answered this season. After a slow start in North London, the Welshman has proven himself as a consistent performer in the latter stages of the season for Spurs. He has been a key figure at the Tottenham Hotspur Stadium in recent months. Only Premier League top-scorer Harry Kane and forward Son Heung-Min have contributed more goals than Bale this term.

Zidane will struggle to ignore Bale when he returns to Madrid this summer, especially given the lack of support for Karim Benzema in attack during the 2020/21 season.

Benzema has scored 22 goals for Madrid, and he is their leading scorer by some distance. The French striker has been supported by Marco Asensio and Vinícius Júnior in a 4-3-3 formation for most of the season. However, the two have fallen short of the high standards set at the Bernabeau. Between them, Asensio and Vinicius scored nine goals in all competitions throughout the 2020/21 campaign.

Therefore, Bale could have a place waiting for him when he returns to Spain. Before being side-lined by Zidane, Bale had an impressive career at Madrid and has scored over 100 goals and made 68 assists in 251 appearances. Bale has shown this season that he still has an eye for goal, in addition to the experience and quality needed to support Benzema in attack next season.

It has been a challenging 2020/21 campaign for Madrid and Zidane. They were eliminated from the Champions League in the semi-finals and crashed out of the Copa Del Rey in the last 32 after a humiliating defeat to CD Alcoyano. Only a last-ditch title clash with Atletico Madrid has been a saving grace for Los Blancos this season.