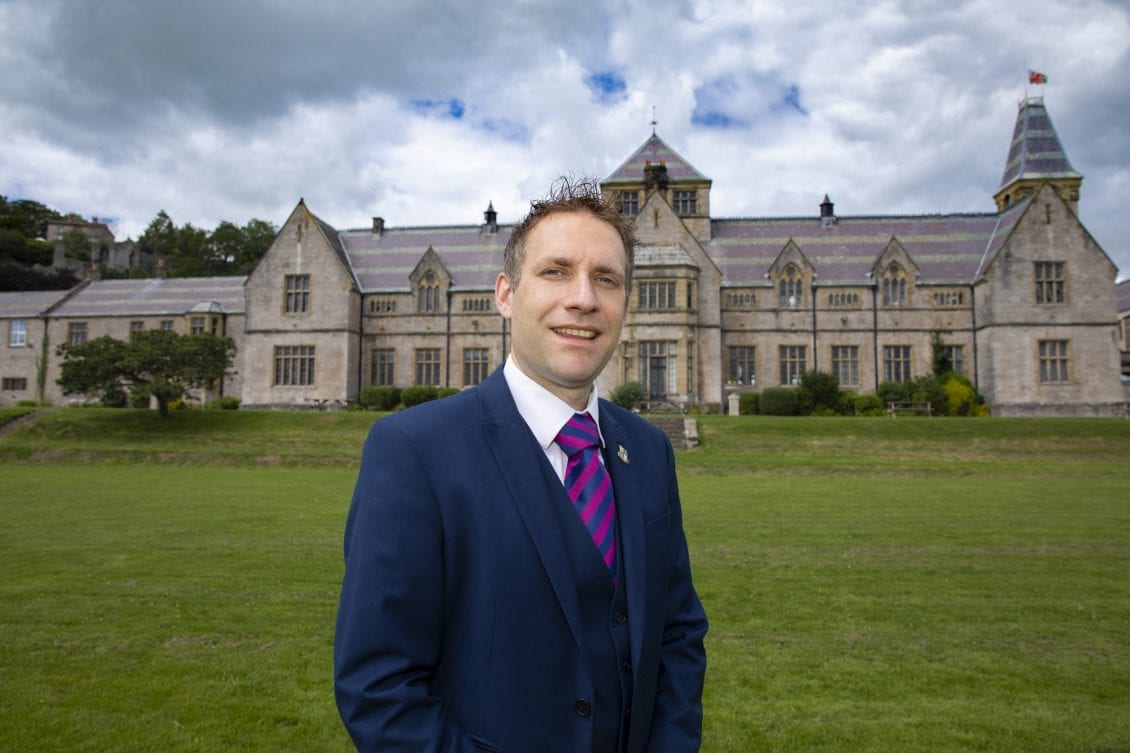 The doors open this week on a sweet new venture in the Welsh capital, as artisan producer – Cymru Confectionery – launches itself on the high street.

As a Royal Air Force chef James Price travelled the world, gathering flavours and culinary techniques in the process.

Now decades on his recipes are the inspiration for his descendants’ growing confectionery business, which has just opened at The Castle Emporium in Cardiff’s Womanby Street.

[/aoa]The recipes recorded by James, who would have celebrated his 100th birthday this year, were discovered by his grandson Jeff Barry in a book tucked away in the attic.

Explains Jeff, “We knew he was a pastry chef, but we didn’t know about his recipe book until after he had died. He had travelled while in the RAF and learned how to make traditional sweets from the places he went, such as Turkish Delight in Cyprus.”

Finding the book was particularly special for Jeff, who coincidentally had always wanted to be a chef and stepping into the confectionery world is a realisation of his dream.

Needless to say, James’ recipes are a guarded family secret, with only Jeff, his mother, and his cousin party to the magic that goes into their hand-made sweet treats.

“We use the most natural and traditional quality ingredients that we can, and we mix my grandfather’s recipes with modern varieties too,” says Jeff.

Popular at food festivals and markets, Cymru Confectionery’s first foray into a more permanent retail base came via the opportunity to open a pop-up unit in the heart of Cardiff.

A hub of independent businesses, The Castle Emporium features a range of enterprises housed in a converted 1920s cinema.

Says Jeff, “We do a lot of food festivals around the country, and initially we were looking for somewhere to sell our excess stock, but we’re now looking to offer more, such as customised gifts.

“The Castle Emporium is a great location. At the moment we are open Tuesday to Saturday, but with extra staff, we aim to extend our opening hours.

James’ influence won’t be far away either, as along with his recipe book the family has his chef’s whites which are going to be framed and displayed in the shop, as well as a photo of the man himself.

Cymru Confectionery has been helped to grow by Cywain – a Menter a Busnes delivered project that supports the development of growth orientated businesses in the food and drink sector in Wales.

“Cywain have been fantastic. They have helped with things where I wouldn’t know where to look – I’d recommend them to anyone with a food business. We’ve done test trading, workshops had help with grants, branding, and visited events such as the Farm Shop & Deli Show.”

Said Cywain Development Manager, Bethan Williams, “It was evident, when I first met with Jeff in November last year, that there was strong desire and determination to ensure that their grandfather’s legacy lived on. They have already had great success in the short space of trading, and I look forward to seeing what the future brings. Their hardworking nature and eagerness to take opportunity has made them a privilege to work with.”