National Library of Wales to reopen its reading room

Talyllyn Railway in Mid Wales reopened on Saturday after the COVD-19 pandemic lockdown had halted steam train services for 20 weeks.

The first public train since February on the world’s first preserved railway was waved off from Wharf Station, Tywyn by local MP, Liz Saville-Roberts, at 10.30am, with carefully designed social distancing arrangements for travel.

Fittingly, the train was hauled by Locomotive No.2, ‘Dolgoch’, which has been in service on the railway since 1866 and was used for the first ever train in railway preservation in 1951.

David Ventry, Talyllyn Railway Board chairman and safety director, said the railway had run four days of ‘Shakedown’ trains last week to test out all of the risk assessments and the briefings drawn up for staff and volunteers.

General manager, Stuart Williams, said he was delighted that Mrs Saville-Roberts was able to see the first train off, noting that she had the distinction of being the MP with the most heritage railways in her constituency.

As co-chair of the All Party Parliamentary Group for Heritage Rail, she said during the CV19 emergency, the group had contacted every MP with a heritage railway in their constituency.

The group wanted to ensure that these “good businesses” got through this season, knowing that heritage railways had been very dependent on the furlough scheme.

Many heritage railways, along with the wider tourism and catering industries, had a business model that was built around having a high summer income which, due to the lockdown, had now lost around 60% or more of this year’s season, she added.

In response to these challenges, Mr Williams said Talyllyn Railway was extending its autumn running season this year and was also making the most of the Government’s ‘Eat Out to Help Out’ scheme.

Normally the railway would close at the end of October, but this year trains will run daily until the end of November and passengers will be able to enjoy heated carriages.

The railway will continue operating every day for the rest of this season, but pre-booking is now essential before travelling. 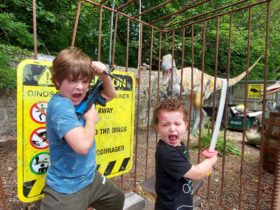 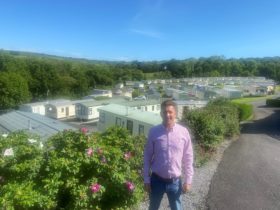